The Nigerian Army’s Operation Lafiya Dole has adopted new strategies in confronting the boko haram insurgency bedeviling the northeast. The… 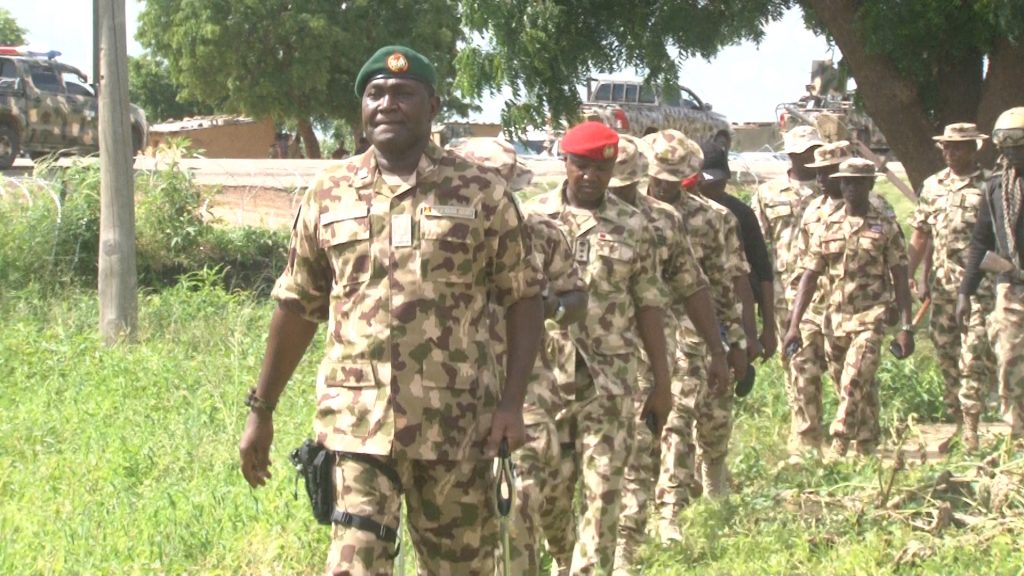 The GOC has been touring units under the 7 DIV Garrison, engaging troops of 211 and 251 battalion and taking stock of equipment available for the fighting troops.

The change of strategy is sequel to constant attacks on both civilian and military formations with the troops always at the defensive, giving undue advantage to the insurgents.

“You know i am just coming to the Theater and I am coming at a time when we have a change in our strategy; what we have now is the Super Camp Strategy, a concept in war fare whereby we have strongly held positions where we are able to have reasonable resources and we project power out.” The GOC explained.

He further talked about the Response Area strategy which he said will be manned on wheels through patrols culminating into raids and ambushes denying the insurgents freedom of movement.
According to him, “Overtime we have discovered that the boko haram elements have a kind of mobility because we have been in defense in an area, they come there we lose equipment and we have this issue people saying they have more equipment than us and what have you so we are trying to see how this strategy can be changed.”
Brigadier General Ibrahim replaces Major General Abdulmalik Bulama who is now the Commander of the Multi National Joint Task Force.