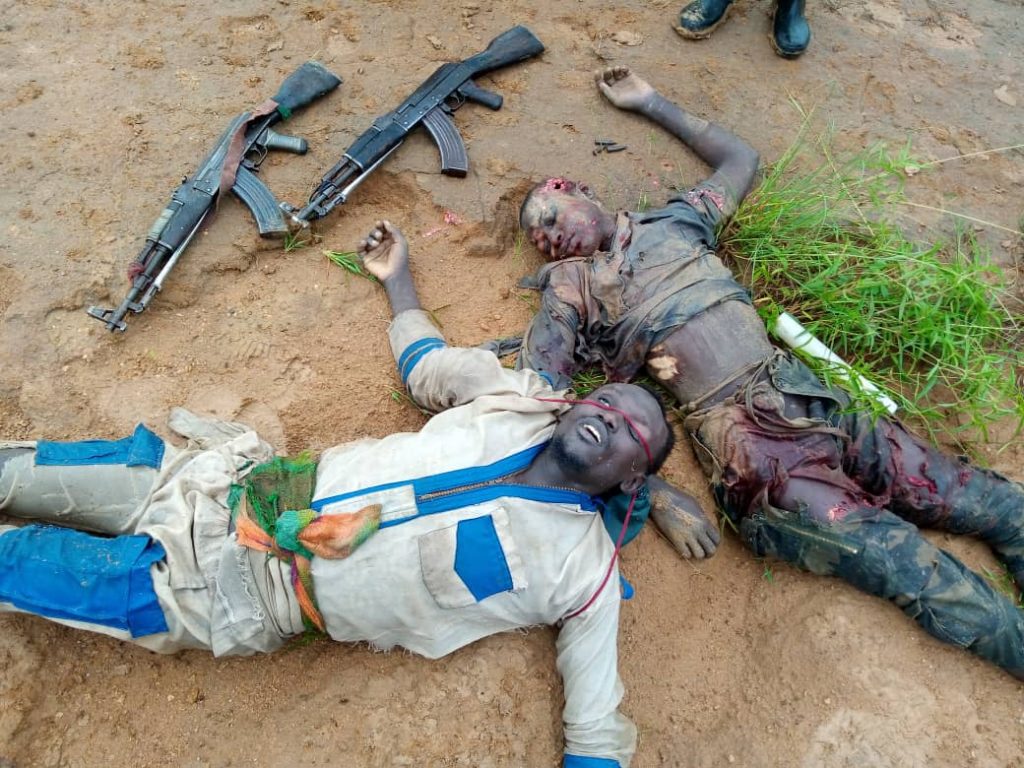 The Director Army Public Relations Colonel Sagir Musa said in a statement on Thursday that the troops in an Operation code named “HALAKA DODO” laid an effective night ambush for militants in the midst of heavy downpour, and encountered the terrorists IED party at Wala crossing point attempting to emplace the lethal device.

“Troops responded swiftly in a fire fight with the terrorists killing 2, while others scampered for their dear lives with likely gun shot wounds under the cover of darkness.” Colonel Musa disclosed.

Items recovered in the operation, According to the statement include 2 AK 47 riffles,3 magazines, 32 rounds of 7.62mm special ammunition and 4 primed IEDs.

“Earlier in the week, the terrorists suffered heavy losses when they failed in their attack on the headquarters of 26 Task Force Brigade, Bitta when the attackers were overpowered by national forces which caused the death of many terrorists and recovery of some weapons.” Sagir said in the statement.

He attributes the success to the new operational strategy, “Super Camp” which he said was already started yielding results with troops becoming more mobile, agile, robust and unpredictable.

The Acting General Officer Commanding 7 Division and Commander sector 1, Operation Lafiya Dole, Brigadier General Abdul-Khalifa Ibrahim has commends troops for their efforts and urges them to sustain the tempo.