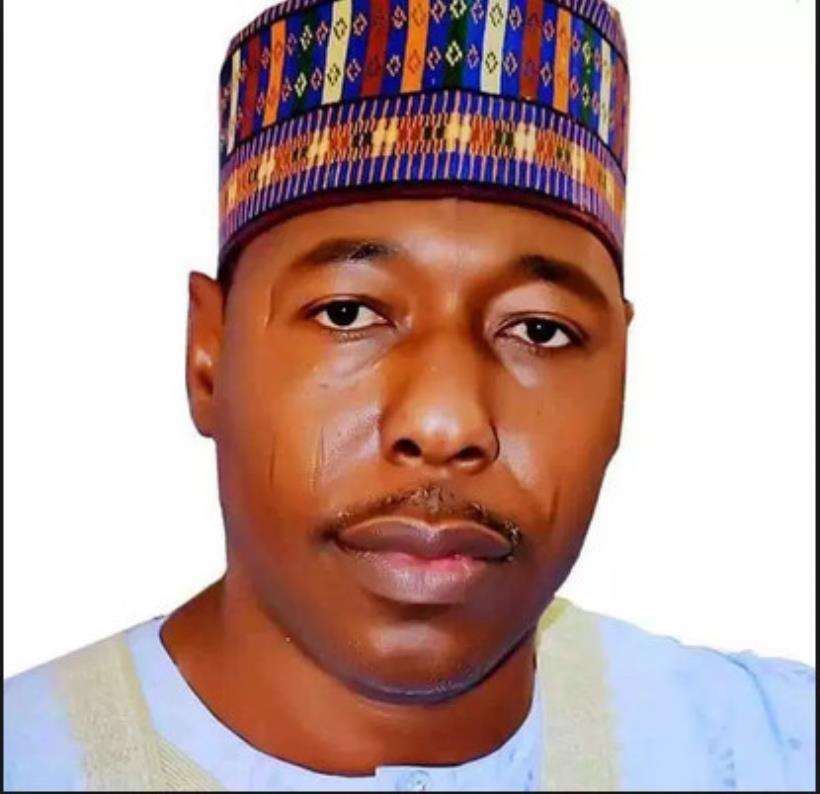 Borno state Governor, Professor Babagana Umara Zulum on Monday went spiritual in Monguno where he has so far spent two days personally coordinating, supervising and trying to sanitize the distribution of food items.
The beneficiaries are some one hundred and ninety thousand ‎internally displaced persons, from Marte, Kukawa, Mobbar, Guzamala and Monguno local government areas, all in northern part of the state.

In Zulum’s presence, a copy of the Qur’an was raised the traditional way, seeking the wrath of God against the Governor himself, humanitarian workers in the State Emergency Management Agency, the National Emergency Management Agency or anyone who diverts food and other aids meant for the welfare of displaced persons.
The Oath was also administered against IDPs who have the habit of collecting multiple rations of food most of which they sell in markets, depriving fellow displaced persons of food.

Governor Zulum departed Maiduguri on Sunday morning and arrived Monguno by evening. Monguno is the largest town in northern Borno, a majority Muslim part of the state most troubled by insurgent attacks. Monguno is not far from Baga and Kukawa from where citizens fled after attacks. Monguno itself had come under the occupation of Boko Haram around 2013 and 2014. Early this year, the insurgents had made two failed attempts to seize the military barracks in the town.

Zulum had at the weekend ordered the deployment of trailers loaded with varieties of food items especially rice, spaghetti, oil and other condiments ahead of his visit. The Governor also ordered that a copy of the Qur’an be made available. On Sunday night, the Governor held series of meetings with officials involved in humanitarian activities and those of local government areas wh‎ose citizens are displaced in Monguno.

Following day, Governor Zulum, at 6am, began tour of the 16 camps in Monguno. He went early to ensure that genuine IDPs who spend nights in camps were to benefit. In each camp, the Governor spent at least an hour, reorganizing and distributing customized tickets to bread winners of households with which the families receive quantities of food to last them for weeks.

Mild dramas however ensued when hundreds of adult male and female IDPs began to leave queues whenever the oath administrator, a local town crier, raised the Qur’an calling on God to punish anyone who was in the queue to collect multiple rations of food.

Aid workers have been battling with problems of food vending by displaced persons who collect multiple allocations. There are also allegations of dubious collaboration between some humanitarian workers and IDPs. Under normal distribution arrangement, food items are allocated to households comprising a bread winner and dependents. Although households have identification cards, some families have long devised means of collecting more than their allocations. Some sell food items to business traders who exploit them by buying the food at giveaway prices to resell at prevailing market rates.
Numbers of displaced persons are often inconsistent, depending on and attacks, making camp management really hard for aid agencies.