The Adamawa state commissioner for health, Professor Abdullahi Isa has described the use of air doctor as prevention for contracting… 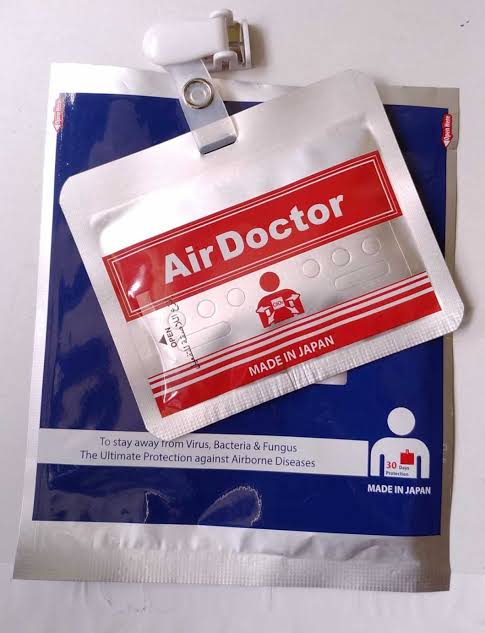 The Adamawa state commissioner for health, Professor Abdullahi Isa has described the use of air doctor as prevention for contracting the Coronavirus disease as ‘absolute none sense’.

Professor who was speaking to a delegation of the United Nations Children Fund, UNICEF, on a courtesy visit at his office in Yola expressed worry over people’s non adherence to the non pharmaceutical preventive measures of combatting the virus.

He said those who are supposed to show example to the public by wearing face mask as instructed by the Nigerian Centre for Disease Control and other health agencies have resorted to using Air Doctor, a devise manufactured by Chinese and Korean firms for the purpose of making money. 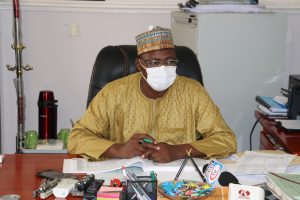 ” The chlorine dioxide that is been slowly released is absolute none sense. It gives people one hundred percent confidence that you don’t need face mask. I have one of it and at the back it is written that the devise is not intended to cure, treat, or to prevent any disease. I’m quoting exactly what they wrote. But you see even in high places, you see people with it strapped on their shirts, and it gives them confidence and they are not putting any face mask. That is a very difficult problem to handle.

” Even in government places where people that are suppose to support the use of face mask are putting on the air doctor made in South Korea and Japan, just because it releases chlorine dioxide. So I don’t know how we are going to handle that thing because we are talking science while private business companies are talking of money. It is too contradictory honestly. It’s a difficult thing. Go to high places you will see them putting it, air doctor,” Professor Isa stressed.

The health commissioner who said that the cases of COVID-19 are drastically reducing not only in the state but the nation at large, stressed on the need for more testing to be done.

” Clinically the cases are dropping, though the testing too has reduced this is due to sometimes scarcity of test materials. When somebody is sick he will go to the hospital weather there is testing or not. It is the doctors that can now give the triage to know if it is COVID related or not. But even those cases that usually goes with cough, fever, headache and chest pain have drastically reduced. So this is clinical observation has shown that patients going to the hospital with complaints similar to COVID has drastically reduced and this is nationwide,” he said.

He however maintained that Adamawa state is planning to embark on massive testing targeting 89, 000 people in the coming days.

” We still have to test more, like here in Adamawa state we are expected to test 89, 000. We have to increase the testing, it is only then that we can scientifically say that COVID is going down, but for now we can only rely on clinical observation,” the commissioner said.