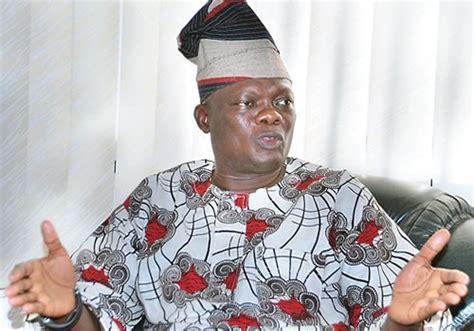 Folarin, who described the altercations on the zoning of the next presidential race as a mere distraction, urged public office holders to focus on how to deliver good governance to Nigerians, rather than deliberate on who would become president in 2023.

Addressing journalists at a special Sallah party for constituents at his family house in Oja’gbo, Ibadan, on Sunday, the Senator said: “Our people deserve good governance. 2023 is still very far. But I know that the dynamic will change before then.

“It is normal to speculate because we have a president who is not coming back in 2023. AFor that reason, the race will start much earlier.

“However, everybody has to be very careful now because the position of the president depends largely on the party. And also, the office of the president is like a moving train; if you stand in front of it, it will crush you.

“I expect a lot of jostling, alignments, and realignments in the next year but now, I think what we should do is focus on how to deliver dividends of democracy to our people. Our people need good governance. Anybody can say anything but when the time comes, we will see how it goes.”