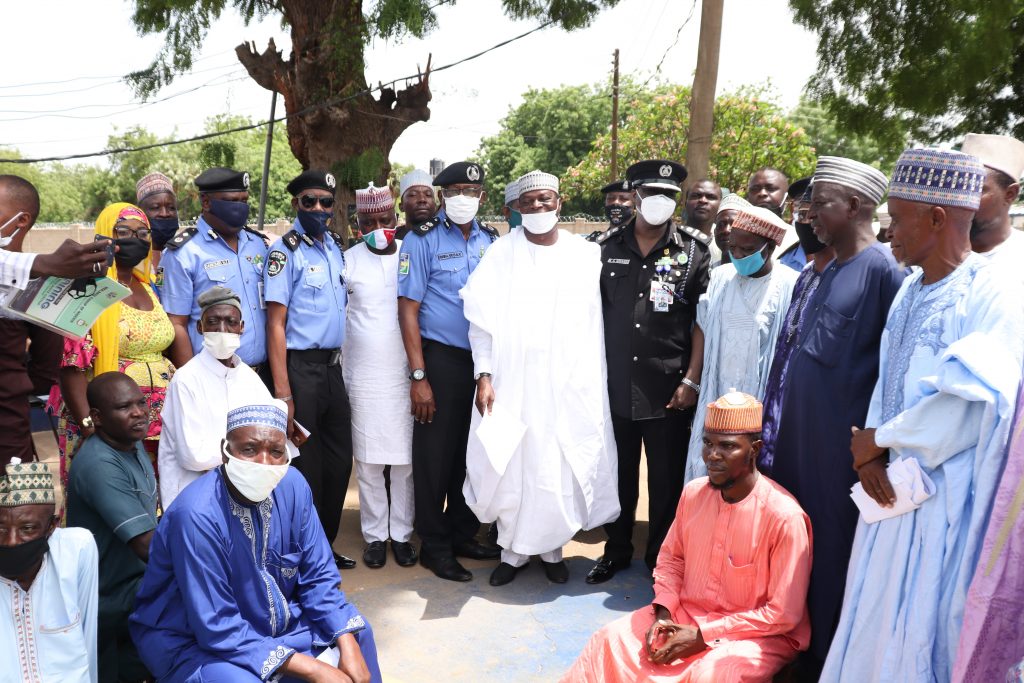 Abubakar who was represented by the Assistant Inspector-General of police zone 3 command called on citizens to adopt peaceful dialogue as a means of settling communal disputes rather than carrying arms.

He said the idea of community policing is aimed at addressing the security challenges of the country.

“The main purpose for this is to make Nigeria a safe haven where the people will be fully involved in designing the way and manner their respective communities will be policed after critically examining the security challenges and proper workable solution to that effect,” the IGP said.

He expressed confidence that the system will be more proactive measures and an active system of policing.

He is however confident that the community policing policy “will undoubtedly motivate and spur the community members in appreciating the importance attached to the new security strategy which is a paradigm shift from the conventional policing system to people participating in providing adequate security to all nooks and crannies in this state.”

He said that the inauguration is just a reawakening call to provide a lasting solution to security challenges that differ from one community to the other.

He maintained that community policing when fully implemented will create room for crime data collection which can be used in curtailing criminality.

The commissioner of police, Adamawa state command, Olugbenga Adyanju while delivering his address, said he is happy that community policing in which a global model is being implemented in Nigeria while describing the event as the second step to its realization.

“Any security management system will have a peculiar way of presenting itself. It must have a vision to accomplish. It goes ahead to galvanize the vision and mission together with a view to achieving positive result.

“Our mission today is to ensure that the stake holders at various levels of this laudable project work in concert with the Police in the implementation of community policing in Adamawa state, ” he said.

He further described community policing as a strategy where members of the community are involved in problem solving decisions and work in concert with the police to effectively police their communities.

He maintained that the philosophy of community policing is geared towards encouraging and engaging members of the community to take greater responsibilities for their own safety and security.

“The policy is aimed at promoting community involvement in managing crimes which leads to sound partnership between the police and community.

“It also allow the community to effectively perform their roles in finding solutions to problems as well as engage community members in crime forum meetings, ” he said.