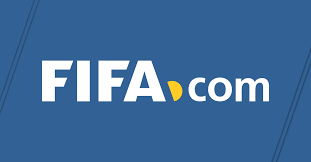 International Football Association Board has temporarily ruled that teams will be allowed to make five substitutions per game after the resumption of football.

FIFA proposed this change to IFAB to cope up with the congestion of fixtures because of COVID-19 crisis.

Teams will be allowed to make these substitutions on three opportunities and at half-time to avoid time-wasting. The extra substitution in extra-time is still permitted. This rule change would only apply to the competitions starting or completing in 2020 or 2021.

IFAB has also changed its VAR rules which will allow competitions to drop VAR mid-season if they wish to do so. However, the fact that VAR can be dropped after the resumption of the competitions around Europe is likely to receive a lot of criticism.

The decision of five substitutions will be welcomed by everyone.

“When competitions resume, such competitions are likely to face a congested match calendar with a higher than normal frequency of matches played in consecutive weeks,” a FIFA spokesperson said.

“Safety of the players is one of Fifa’s main priorities. One concern in this regard is that the frequency of matches may increase the risk of potential injuries due to a player overload.

“In light of this and the unique challenge faced globally in delivering competitions according to the originally foreseen calendar, Fifa proposes a larger number of substitutions be temporarily allowed at the discretion of the relevant competition organiser.