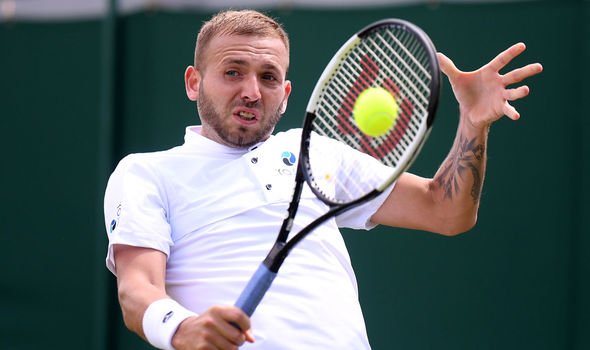 Evans had already hinted Felgate of his decision at the start of August, a few days after losing in the first round of the ATP event in Washington.

He said his decision to sack Felgate was because they had started to have a few differences.

Evans enjoyed an excellent grass-court season, culminating in a third-round defeat to Joao Sousa at Wimbledon.

In February he reached his second ATP final in Delray Beach.

“I saw a few things different, I think, to the way he saw it,at the end of the day I’m on the court, and it’s how I felt.”It was amicable, no hard feelings. I sat down and said it was going to come to an end, and that was that.” Evans told BBC sport at the Winston-Salem Open.

“I wanted to go a different way and try something new. I’ve never had to do that before. It was not an easy conversation but it was better for me to say it there and then than carry on until the end of this trip, and waste this trip.

“I sort of felt that way as soon as I came back and we started again after Wimbledon. Maybe I lost my spark with him, but it just didn’t feel right, and I thought it needed to change.”

Evans and Felgate started working together after last year’s Wimbledon. The British Davis Cup player was outside the top 300 at the time, as he fought his way back from a doping ban, but now stands at 58 in the world.

Evans says he wants to play more aggressively in future, and will try to come forward towards the net, a little more.

“I thought, over the grass, I was pretty defensive and not really putting my game out there. I felt it was time for a new start – to make that change, and to play that way,” the 29 year old added.

The former British player Joshua Milton, who now coaches in San Diego, is assisting Evans in Winston-Salem this week. As the fifth seed, Evans was given a first-round bye and will play his second-round match on Tuesday.

Evans said he does not yet know who he will work with in future, but says Britain’s Davis Cup captain Leon Smith has agreed to help out where he can during the US Open, which begins on Monday.