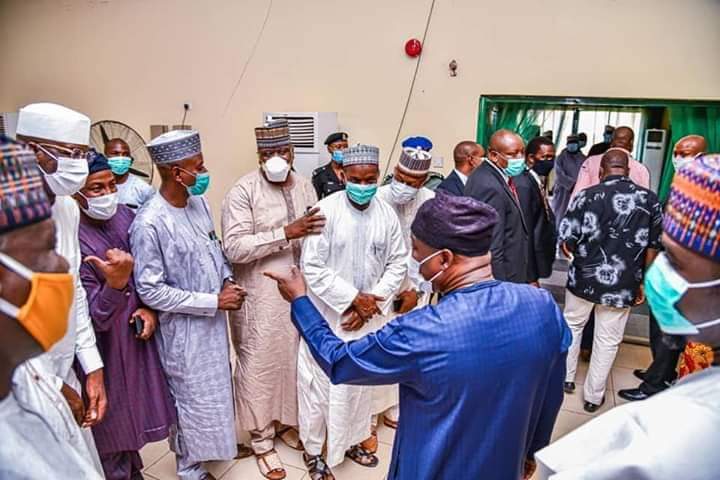 Governor Ahmadu Umaru Fintiri has warned political office holders to desist from diverting palliatives meant for the needy and the most vulnerable in the society as the next batch of distribution will soon kick off in the state.

The Governor gave the warning on Monday in the Government House, Yola during a meeting with Commissioners, Members of the State Assembly and Chairmen of local government councils who are among members of the Distribution Committee of palliatives in the state.

He decried the way and manner the last palliatives were distributed in the state which was characterized by segregation and selfishness from the part of committee members and warned them to shun away all political considerations in the subsequent distribution.

According to governor, he will not use political considerations in governing the state at the detriment of Adamawa people, stressing that he is belong to everybody and called on the committee members to discharge their duties without fear or favour.

He called on members of the distribution committee especially political office holders to be serious and find time on Thursday this week to collect the next batch of palliatives and follow it down to their various local governments for onward fair disbursement to vulnerable in the state.

The Executive Chairman Mubi South local government Alhaji Jingi Rufai and member representing Guyuk in the State House of Assembly Mr. Adwawa Dongolok who spoke in an interview promised to ensure equitable distribution of the next batch of palliatives.