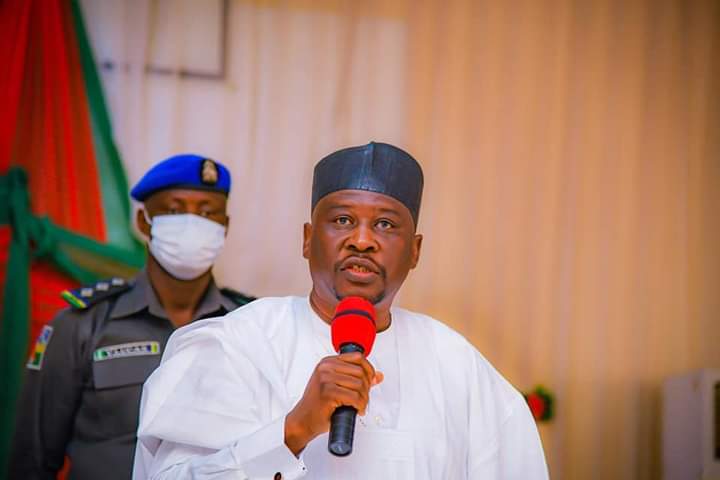 The association of Persons Living with Disability in Adamawa state have said they have been neglected and marginalised in the state by the Fintiri-led administration.

The group in a statement signed by Engr. Sani Sabo, chairman of the Joint National Association of Persons with Disability, said several efforts to see the governor and sort out the issue fell in deaf ears.

Engr. Sabo said the group is planning to go on a protest if the government fail to respond within seven days.

He noted that his organization has been making futile efforts to smoothen the rough edges since June 19, 2020 but the government has remained adamant to their demands and concerns.

“We wish to state that we have been discriminated against by your government and treated as non-citizens in contravention of section 42 (2) of the constitution Federal Republic of Nigeria 1999.

“As member of this group, we accord the government every recognition as citizen of this country Section 16(2) of constitution (FRN) 1999 recognizes our existence as citizens.

“No wonder the president of the Federal Republic of Nigeria, His Excellency President Mohammed Buhari appointed a person with disability as special; adviser on disable matters and went further to give the disable right act the force of law thereby establishing disable right commission with the appointment of person with disability as board members,” the statement said.

They noted that the governor’s consistent refusal to give them the necessary recognition was in contravention of Nigeria’s constitution which abhors any form of maltreatment or discrimination against PLWD.

The group vowed to take any action that will compel the government to listen to them if within seven days if they fail to give them audience and due recognition.

“We wish to reiterate that 7 days from today if the government of Adamawa State fails to give us audience as citizen, we will take all the necessary measures require as citizen enshrine in the constitution of our discrepancies in accordance with section 40 of the constitution Federal Republic of Nigeria 1999,” the statement said.

Reacting to the allegation, the press secretary to governor Ahmadu Umaru Fintiri, Humwashi Wonosikou said the government has all along being carrying PLWD along, noting that it has given them palliatives through the office of the SSG, governor’s wife office and ministry of women affairs.

He noted that the government will soon float a commission for PLWD so that they will take charge of their own affairs adding that it is a huge misconception to say the government is not doing anything for the PLWD.

He urged them to exercise more patience, as the government will soon address all their concerns adding that a number of them are in the employ of the state government.