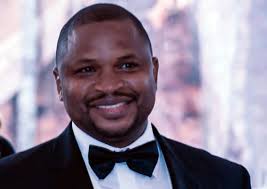 The same Nigerians who fly into a tempestuous holy rage and ask for the blood of their fellow humans when their God is “blasphemed” are the same people who’re asking for their God’s intervention— instead of acting— now that Buhari is determined to kill them piecemeal through cruel hikes in the prices of everything essential to existence.

They kill fellow humans in defense of their God but ask God to defend them against a man who is killing them by other means and looking the other way while kidnappers and terrorists periodically murder them in the hundreds.

If God, with his omnipotent powers, can’t deal with blasphemers on his own but needs your defense, why and how do you think he can defend you against a man who’s–or men who’re– smoldering you?

Nigerians aren’t victims of Buhari; they’re willing participants in and enablers of his vicious asphyxiation of Nigeria. There’s nothing that he’s doing now that he hasn’t been doing since at least 2016. Read my past columns: you’d think they were written in response to Nigeria’s current existential torments.

That’s why it’s difficult to empathize with Nigerians. Ultimately, people deserve the leaders they have.