By Anselm Nuhu Kyauta By this time, exactly one month ago, it was the 17th of August 2020, Lamurde and… 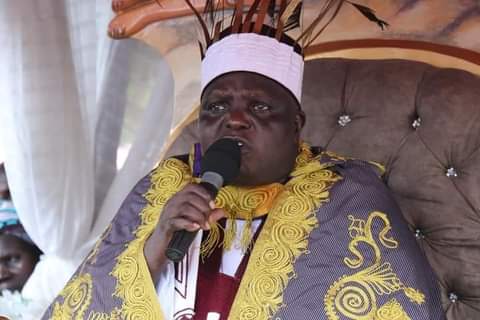 By this time, exactly one month ago, it was the 17th of August 2020, Lamurde and Numan areas of Adamawa stood agog for the home – coming of a King whose rousing reception remains in the Bachama historical archives as reference and a subject of study for the researcher

It can be likened to the triumphant entry of Jesus Christ to Jerusalem as recorded in the Bible’s book of John chapter 12:12-13 ” The great Crowd that had come for the feast heard that the King was on his way to Jerusalem ( Numan Voti), they took palm branches, and went out to meet him, shouting “HOSANNA”! Blessed is he who comes in the name of the Lord! Blessed is the King of Israel ( BACHAMA).

The HOSANNA shoutings here were backed up by Nzokombe, the Linto was blown, the Pampame and Frumto sounded. All the royal musical instruments chorused, behold, a people’s King makes his passage to the throne ( RUTO )

Numan bridge shook to the weight of lovers, well wishers and onlookers whose train started from Imburu but didn’t end even after reaching the Voti ( palace) in Numan.

Exactly one month today on the throne, Homun Daniel Shaga Ismaila has since involved himself actively in the gospel of peace and tolerance in his domain, urging all around his Kingdom to embrace togetherness, tribal or religious differences notwithstanding.

The King whose style of leadership depicts that of a Servant- Ruler is more comfortable serving through leadership than leading on Servants.

The Kpawo Nomwe, Gilong’o Diya has constantly assured Colleagues- traditional rulers that he is committed to the peace enterprise of the state and the country as a whole

He assured the business class in his domain that Bachama is not only friendly but hospitable, encouraging investors to tap from the available resources in the Kingdom.

The task ahead of the Hama Bachama now is to continue to promote mutual relationship between the Bachama nation and Sojourners who chose his domain as abode.

He is talking to the youths against crimes, violence and restiveness, traits he identified as detrimental to the development of any society.

Homun Daniel Shaga Ismaila has chosen to operate an open door policy, no wonder his popularity and people’s love for him increases on daily basis.