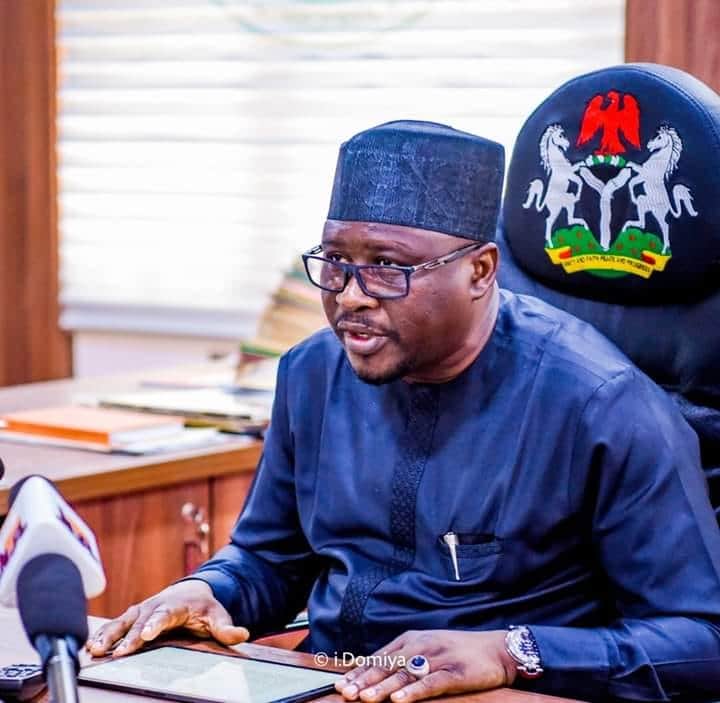 Adamawa state governor, Ahmadu Umaru Fintiri had Thursday flagged off the free distribution of 2.8 million of Insecticide Treated Mosquito nets across the 21 local governments of the state.

The distribution, supported by the Catholic Relief Services and the Federal ministry of health is aimed at mitigating the spread of malaria in the state.

While delivering his address at the banquet hall, Government House, Yola before the official flag off, the governor said each household in the state is except cited to benefit from the treated mosquito nets, while stating that malaria, one of the leading causes of maternal and child deaths in the country is preventable and totally curable. 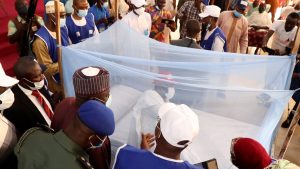 ” The State Government with the support of the Global Fund Malaria Grant will commence the distribution of over 2.8m nets to the people of Adamawa State on a door-to-door basis across the 226 wards in the State.

” This disease overburdens the already weakened Health System and exerts a severe social and economic burden on the nation, retarding the gross domestic product (GDP) by 40% annually and costing approximately 480 Billion naira in out-of-pocket expenditures, and loss of man hours,” he stressed.

Governor Fintiri the government of Adamawa State in partnership with the Catholic Relief Services (CRS) and Federal Ministry of Health through the National Malaria Elimination Programme (NMEP), with funding support from the Global Fund Malaria Grant, and other stakeholders in the fight against Malaria have intensified efforts to increase access to Insecticide Treated Nets (ITNs), which are durable and cost effective. 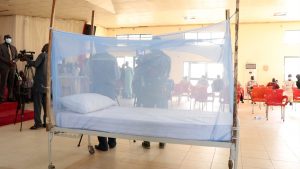 He said the use of ITNs has also been proven to be one of the most effective malaria preventive interventions.

The governor also called on all Traditional and Religious Leaders across the State to do their best to support his administration’s crusade in the fight against Malaria, COVID-19 Pandemic and Public Health Challenges.

Representative of the Catholic Relief Services, Solomon Dadean the organisations effort in the fight against malaria and other diseases has been yielding positive results, and is hopeful that the free distribution will reach each household in the state.

” This support has contributed in reducing the prevalence of malaria in Nigeria from 42% in 2010 to 25% in 2019 as reported in the world malaria report. Permit me to say that we must keep building on the achievement and continue working together towards the elimination of malaria in Nigeria.

” It is in this view, and the view of this goal that CRS and the national malaria elimination programme in 2020 are working the state ministry of health to Distributing over 2 million mosquito insecticide treated nets,” Dadean said.