Boni Sets Record Straight, Says His Govt Did Not Only Focus on Education

Adamawa state former governor, Boni Haruna says his government did not only focus on education as published by an online… 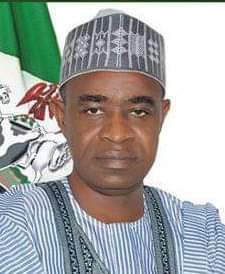 Adamawa state former governor, Boni Haruna says his government did not only focus on education as published by an online platform, TGNEWS.

Former governor Haruna in his response said “While you are absolutely correct that we focused on education during our time, we will not give in to this passing compliment. We have done more than just focusing on education. We had a multi sectoral approach to governance. I must hasten to say that there were other key areas we focused on as much as we did on education.

“We are a country which is littered with many abandoned projects whose value runs into trillions of Naira. A drive even around the Federal sectariat in Abuja will reveal some of these abandoned projects which have remained uncompleted for over 30 years. In the case of Adamawa state, we were determined to break the jinx in 1999 when we came on board.

“We therefore, decided as a policy to focus on the completion of all the abandoned projects which we inherited that cut across all the sectors. It was after this that we embarked on new projects.

“Among some of the projects which we inherited and had been abandoned for over 20 years which we decided to complete was the state secretariat. By 2006 Adamawa state would have been 30 years old since its creation out of defunct North Eastern State without moving its workerforce into the secretariat if we had not completed it in 2001.

“The project which was completed in 2001 and was commissioned by President Obasanjo when he came to the state on a state visit. During the commissioning, Governor Barde along with some of the former Governors both military and civilian were around to join President Obasanjo to cut the tape of the commissioning. This project was completed at about N680m through direct labour as against the contract price of over N1.5b then. It was also furnished at over N250m .

“Other abandoned projects were the State House of Assembly Complex, hospital and school projects across the state, electrification projects such as the connection to the National grid of Lamurde from Numan, Song from Girei, Madagali from Michika in collaboration with Madagali Local Government led by Barr. Tapa Sirimtu then.

“It was after the completion of these abandoned projects yhat we decided to embark on what we called legacy projects within and outside the state. For example in Mubi, in addition to some roads handled by Dekkit Construction Company then, we knocked down the over 60 meters long single lane colonial bridge over the river Yedzaram on the Ahmadu Bello way linking the Lokuwa side of the town and replaced it with double lane bridge. In Uba, we built about 100 meters long bridge which has been the yearning of the community since 1948. In Yola, we had the Muhammad Mustapha Way, the Gimba road, a section of of the Atiku Abubakar way from Gimba road up to the Mubi bypass junction, etc. In Jada we started a new cottage hospital and reached over 70% level of completion. We built the Adamawa State Plaza in Abuja, we acquired the Governor’s Lodge, the State Liaison Office in Maitama, Abuja and other properties in the Federal Capital Territory. We also built the Jimeta modern market as one of the legacy projects and attained 95% level of competition.

“It is also to be noted that the rehabilitation and reconstruction of the hospitals in Ganye, Mubi, Garkida and Numan were ongoing before May 29th, 2007.

“My narrative is to show how we worked without necessarily giving you the details of all the projects we executed by sectors.
“You would have noticed that we were going according to a drawn up program. Our approach, priority and speed depended on the scale of the problems we met on the ground in every sector.

“The education sector you talked about was really appalling. We therefore, needed to take the fastest track to secure the future of the younger ones through the kind of measures that we adopted.

“On abandoned projects our focus was not only their completion, we ensured the mandatory payment of all the outstanding bills for such projects. In doing that, we had factored the economic losses of their non completion by the government. We were also concerned about the losses incurred by our indigenous contractors in the value of payments that should have been made to them on such projects. Since they were bonafide indigenes of the the state, we felt a sense of obligation to settle all claims or payments on such projects to the contractors some of whom had died while waiting for their payment for over 20 years.

“I am submitting that a passing compliment that we focused on education in relation to another administration does not tell our story of service. We have done more than that.

” By the way, our major breakthrough in the education sector was recorded in our first term during which our total receipt from the Federation Account was only N32b. Out of this receipt, we established the State University, ensured the renovation of schools across the state, boarding and feeding of students, enhanced scholarship to students in tertiary institutions, completed all the abandoned projects and paid all liabilities.

“By 2003, Adamawa state was debt free from local and foreign loans.