APC Reg: There Will A Level Playing Ground For All Members – SGF

The Secretary to the Government of the Federation, SGF, Barrister Boss Mustapha has assured that the All Progressives Congress, APC,… 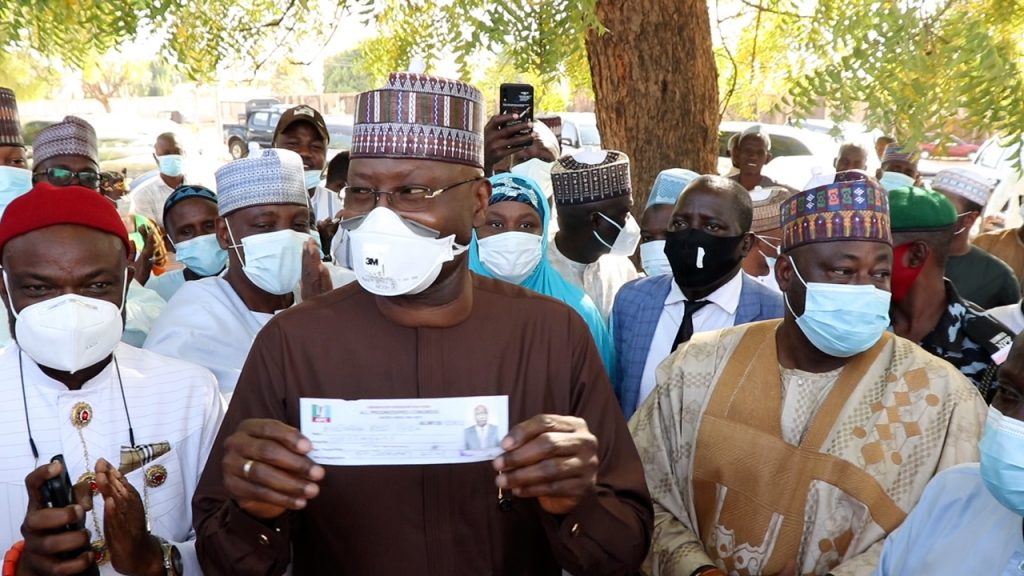 The Secretary to the Government of the Federation, SGF, Barrister Boss Mustapha has assured that the All Progressives Congress, APC, will provide a level playing ground to both old and new members to exercise their franchise.

Barrister Mustapha made this known while responding to questions from journalists in Yola after his revalidation exercise.

The SGF was in Yola, Friday to revalidate his membership in the ongoing registration and revalidation of membership of the All Progressives Congress.

He appreciates the caretaker leadership of the party under the Yobe state governor, for organizing the exercise.

“Let me seize this opportunity to express the gratitude of Mr. President to the members of the party at the local level who have held the party for the last six years and have continued to do great jobs in building the party from the bottom to the top.

“Let me commend the party leadership at the national level and the caretaker committee who have structured this revalidation and registration exercise.”

Barrister Mustapha described the exercise as very important adding that it refreshes the party by bringing in new members as well as validate those that have been in the party.

“In the last six years, so many things have happened. And we cannot claim that the members that started with us are still with us. So this is to recruit new members and to also allow our old members to validate their membership.

“Any party that does not have a strong membership base at the polling station, ward level, local governments level, and state-level cannot claim to be truly a party that is reflective of the yearnings of the people of the country.”