The Adamawa state Commissioner for Youths and Sports, Hon. Sanusi Farouk Jauro has assured that the dilapidated structures at the… 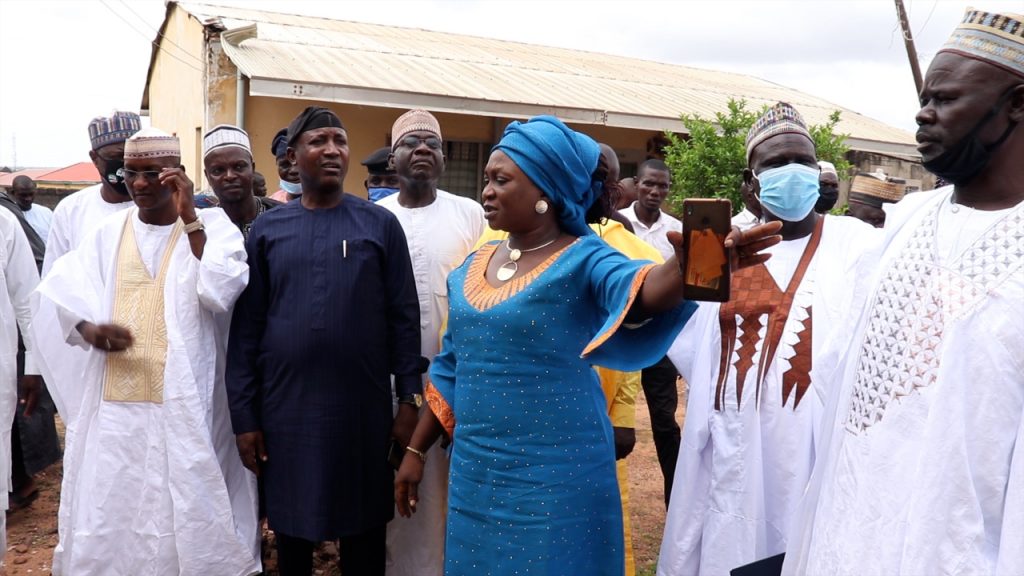 The Adamawa state Commissioner for Youths and Sports, Hon. Sanusi Farouk Jauro has assured that the dilapidated structures at the Sports Council will be renovated soon.

The commissioner was speaking during a facility tour of the council to ascertain the level of its damage and make plans towards giving it a facelift. 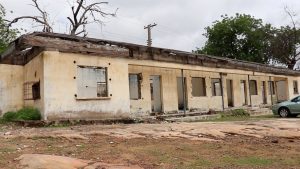 The Sports Council which houses officers of officials and coaches, as well as gymnasiums and other equipment for training, was shattered during a bomb blast that rocked a new by police divisional headquarters in Yola north local government in 2016. Since then, staff, coaches, and athletes have been sitting under trees and car parks to carry out their official assignments.

But the commissioner for Youths and Sports who led a delegation of top ministry officers and other stakeholders to the council said things will change for the better. 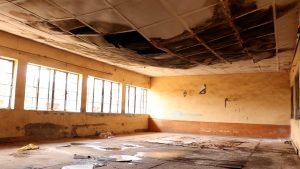 After going round the facility, the commissioner expresses disappointment at what he saw.

“It is embarrassing to see this place as it is. All the roofs are licking and the place is not conducive. Though there is a memo already on the renovation of the council, we will still push to see that the work is done soon. I cannot tell you how soon, but I’m sure it will be soon, ” he said.

The acting Executive Director of the Sports Council, Coach Esther Dominic said she is excited by the visit and is hopeful that the government will match its words with action.

” You can see that we don’t have a single vehicle in the sports council for us to be doing our day-to-day training. This is another constraint to sports development in the state. We need vehicles to help us carry out our duties, ” she pleads. 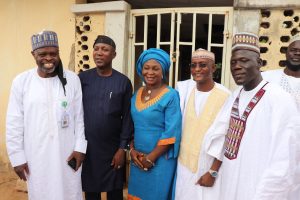 The permanent secretary of the ministry of youths and sports, Aliyu Jada, is worried that the unavailability of sporting equipment and facilities in the state is forcing young talents to abandon the state for other places with better facilities.

Jada is, therefore, suggesting that a national sports summit be organized in Adamawa state.

“I appreciate the commissioner for visiting this place and promising to take drastic action to ensure it is renovated. I want to suggest that we organize a national council on sports development in Adamawa state. It is very important.

” We have our players outside whom because of the nature and lack of motivation decided to leave to other states to play instead of representing Adamawa state. So there is a need for a national conference to bring these talents back and others who have concern for sports to come and contribute to the growth of sports in the state because the government cannot do it alone, ” he stressed.

The commissioner had also inaugurated the members of the newly established board of the Adamawa state sports council led by Musa Monidafe.

He had during the inauguration charged the board to bring their experiences to fore and ensure a turn around in sports in the state. He also told the board that their role will be advisory and that decision taken will be implemented by the executive director of the Adamawa state sports council’s.

” As I congratulate you on your appointment as members of the board of Adamawa state sports council, I want to charge you to do your best and ensure the growth of sports in the state, ” he said.

Chairman of the board while appreciating the government assured of their resolve to work as a team and take sports in Adamawa to a greater level.

” We know how sports have gone backward in Adamawa. Our vision is to take the state a new height. We promise to open a new page for sports in the state and take it to where it was before.

” We will also work towards seeing the completion of the Adamawa sports complex at Numan road even as we solicit for the support of the commissioner and the ministry in the discharge of our duties, ” he said.