The acting Executive Director of the Adamawa State Sports Council, and the national Women’s Beach Volleyball Coach, Esther Dominic is… 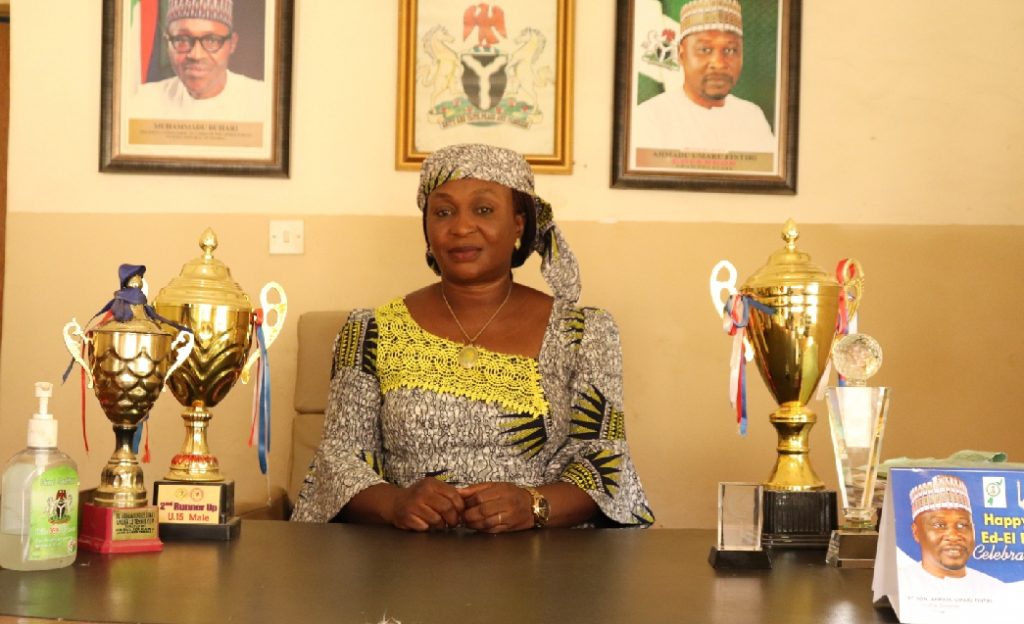 The acting Executive Director of the Adamawa State Sports Council, and the national Women’s Beach Volleyball Coach, Esther Dominic is worried that the unavailability of a befitting sports stadium and insufficient sporting equipment is affecting the growth of sports in the state.

The volleyball coach who is the first to qualify the Nigerian female beach volleyball team to the 2019 World Beach Volleyball Championships described the continuous decline and deteriorating state of sporting equipment and facilities as a “great setback” to sports development in the state.

Coach Esther who was recently appointed as the acting Executive Director of the sports council described sports management as capital intensive, hence the call for the involvement of the private sector and support from spirited individuals to help in providing sporting facilities and resources for the state.

“Managing sports is capital intensive and should not be left to the government alone to handle. I think the government should partner with private sectors in funding sports to restore the lost glory of the state in the sporting industry,” she said.

The acting Executive Director laments the non-completion of the Adamawa state sports complex and the renovation and equipping of the dilapidated facilities and offices of the sports council by previous administrations. She explained with dismay how bad it is for Adamawa state athletes trained in better facilities in neighboring Gombe and Taraba states. 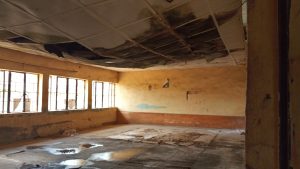 “It is really unfortunate that sports have continued to be backward in the state. If you have a stadium where all sporting activities are in one place, you will be able to have control of your athletes. But in Adamawa state since the days of Gongola different governments have been putting money into the stadium at Numan road but yet it has not been completed. It will surprise you to know that in the whole of the northeast, it is only Adamawa state that does not have a stadium. Taraba that was created out of Adamawa state has a stadium and that is where we take our athletes for camping whenever we have competitions. Same thing with Gombe where Adamawa United football club now plays their home matches. It is a great setback to us and that affects the full participation of youths today in sports,” she added.

The national team coach expressed confidence that some of the security challenges involving youths in the state capital could be drastically reduced if the government will invest in sports and give the industry the needed attention. 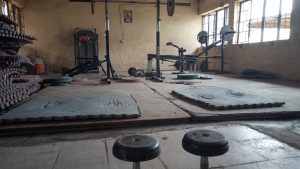 “Sport is a unifying factor that promotes unity and friendship among athletes and officials. Someone once said that it is only in sports that ten thousand youths can be kept in a place for a week without crisis. And this is because of the zeal and enthusiasm of participating in the games. But when you don’t have facilities in place, where will they go and participate? They do so many bad things when they are idle, but if we have a sporting facility, especially stadium which will serve as a focal point for every youth in the state, it will go a long way in reducing the social vices bedeviling us now. I strongly believe that it is only in sports that some abnormal behavior of the youths can be corrected. If we take them in, counsel them, take them to the field and ask them to choose a sport of their preference I tell you things will change. If they can’t participate in any sports, form a supporters club for them and you will see wonders and the issue of youths causing problems in town will drastically be reduced,” she stressed.

She is also calling on the government to revive schools sport, state sports festival and the governor’s cup which she said serves as a means of talent discovery from the grassroots. She recalled with nostalgia how many athletes who represented the state and even the nation at international events like the Olympics were discovered through school sports and the state sports festival.

She said “we used to have state sports festival where every local government brings their athletes to compete in the state and the best athletes are selected to represent the state in national competitions. I think that should be revived in the state. It has also been long that the governor’s cup is played in the state. If that can also be revived, I tell you within a very short time those youths that we see them as useless will be useful to themselves and the state.

Sports have gone backward in Adamawa state. Before now Adamawa contingents were found in every competition in this country, but for a very long time now we’ve not been attending national championships. It is only at such championships that we can test the level of performance of our athletes.

“The only championship we attended recently is the youth games which was also like a crash program without adequate preparation and most times are going without funds before we later get some funds. But we are confident that things will change because we have seen some signs that the governor will do something about sports.”

She expressed confidence that the Fintiri administration will complete the Numan road stadium and also renovate the dilapidated facilities at the sports council.