ADENIYI OLUGBEMI The simmering peace that is gradually creeping back into the Adamawa state chapter of the All Progressive Congress,… 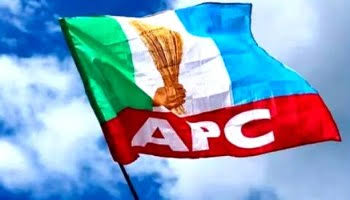 The simmering peace that is gradually creeping back into the Adamawa state chapter of the All Progressive Congress, APC, is on the verge of suffering a relapse, a situation if, not sincerely and properly manage, may send the party into perpetual comatose.

Coincidentally, the alleged clog in the wheel, whose only political credentials are failed presidential and governorship bids was also, among the crusaders, that thwarted the re-election of former Governor, Senator Jibrilla Bindow and adorn the party with the garment of opposition.

Unknown to many, the self inflicted graveyard peace hovering over the APC, has sent the ruling party in the state into back slapping, glass clicking, frenzy and champaine popping mood because the moment peace take flight from APC in a reminiscence to the pre-2019 elections era, the incumbent government will stroll back to office, effortlessly.

Where others are indecisive, frightened, waiting to be ‘called upon,’ or endorsement from godfather(s), Honourable Abdulrazak Sa’ad Namdas, is the first aspirant to throw his hat into the Adamawa gubernatorial ring. He laced his declaration with a novel idea, as he carried the gospel of his aspiration to the doorstep and obtained the grace to succeed from the who-is-who, in Adamawa politics.

Today, Namdas, a two- term lawmaker representing Ganye/Toungo/Jada/ Mayo-Belwa federal constituency, has brighten the chance of APC for a smooth return to Dougirei Government House as he had wooed back leaders of African Democratic Congress, ADC, alongside thousands of their supporters to APC.

The cohesion the party is enjoying today, is also to the credit of Honourable Abdulrazak Namdas, who singlehandedly prevailed on former executive members of the party who lost their position at the last congresses, to keep faith with the party.

It is on record that the over 100,000 votes recorded by ADC, ranked the third strongest party in Adamawa state and populated by aggrieved members who defected from the APC, in the build up to the 2019 general elections, costed APC the 2019 governorship election.

The returnees stated that their home coming was because of the belief that Namdas has what it takes to salvage the state from its current state of underdevelopment.

Former secretary of the party (ADC), Abubakar Babajo, who spoke on behalf of the returnees said, “out of the array of those trying to lead the state, only Namdas cares about the people which informed his drive to embark on massive consultation with the people.

“Politics is about give and take and Namdas is the only aspirant who approached us and ask for our support. As politicians we weighted the request and found that it is out of a genuine drive to salvage the state and we have no option other than to support it,” he said.

Babajo noted that his group also decided to endorse Namdas because of his pedigree as a grassroot politician who enjoys mass appeal.

“Apart from being a grassroot politician, Namdas is intelligent, young, vibrant and well exposed. So we believe he has the clout and the wherewithal to rescue the state,” he said.

Namdas yeoman efforts for APC to reclaim it’s lost mandate come 2023, was acknowledged by the chairman of APC in Adamawa State, Ibrahim Bilal. He applauded Namdas for wooing the defectors into the party and thanked him for the numerous contributions he has been giving towards the growth of the party.

Serving the ruling party (PDP) quit notice, the campaign coordinator of Namdas, Abdurrahman Shuaibu said, “ADC is the third strongest party in the state. If the third and the second biggest political parties fused, the future of the ruling party is at stake.”

Shuaibu emphasize that, the aspiration of Namdas has reinvigorated the party and has made it a rallying point of many stakeholders adding that with the strides being recorded, APC will surely retake its lost prize come 2023.

Unexpected of a focused opposition party determined to regain it lost mandate, and expected to put forward the best and widely acceptable candidate, a group, Central Zone Advocacy Initiative, CZAI, lately woke from it slumber with a sinister plot to jettisoned democratic best practices and, instead play up zoning sentiment.

The trio of Boss Mustapha, Babachir Lawal and Dr Idi Hong, however, took shine off the CZAI team, staying away from it inauguration.

Picking holes in CZAI Chairman, contact and mobilization committee, Usman Iya Abbas, claim that Adamawa central has never produced a Governor since the state creation in 1991, Mohammed Mayas, a chieftain of the party said, the central zone has been given several opportunities to present governorship candidates but the opportunities had been fretered away due to underlying challenges within the zone.

According to Mayas, “from 1991 to date, the central zone has produced arrays of governorship candidates such as Boss Mustapha (SDP, 1993), late Ibrahim Bapetel (AC, 2007), Markus Gundiri (ACN, 2011), Yayaji Mijinyawa (APC, 2015), who all lost elections even, in the central zone which is their base.

“The people of the southern and northern zones have always supported the central zone but the zone has always fought itself from within.

“Presently, there are about eleven governorship aspirants that have shown interest in APC. Out of these eleven, Namdas is the only one contesting from the southern zone that has nine, out of Adamawa state twenty one local governments. The zone has three House of Representatives members, eleven members of House of Assembly and over ninety political wards.

Mohammed Mayas, further described the clamour for power shift to Adamawa central as undemocratic and dead on arrival.

He revealed that, as a stakeholder from the zone, he was invited to a meeting but, declined to attend because he is a broadminded politician and has already settled to support the aspiration of Abdulrazak Namdas.

“I was invited to a meeting but I didn’t attend. My decision to stay away from the meeting was not borne out of disrespect rather, it is because, I have decided to wholeheartedly support the aspiration of Abdulrazak Namdas. This is after I have done my investigation and consultation and, came to conclusion that Namdas is the best aspirant to fly the APC ticket for the 2023 governorship election in Adamawa state.

“Yes, I remain a stakeholder in the central zone but Namdas that I settled for, is from the southern zone. For that I have no reason to attend any meeting that is working towards supporting another aspirant apart from Namdas, that is why I’m not a party to their plans.

“We have a spotless aspirant and we should rally around and support him to avoid the mistake of 2019. Namdas is presently a threat, whose aspiration is already causing the incumbent governor lots of nightmare. He can defeat this government that has made so many blunders already.

“We should be united in APC and look for the person that can win the 2013 governorship election for us without any baggage and, the only person that can do that for us is Abdulrazak Namdas. I assure you that there are many people from PDP that will support Namdas.”

Out of the eleven aspirants, only few near Namdas, who is currently, the Chairman, House of Representatives committee on Army political antecedents.. Namdas, who started out as a reporter at Daily Times, caught his political tooth as Secretary, Nigeria Union of Journalists, NUJ, Adamawa State Council and rose to became Press Secretary to former Governor Boni Haruna. He was publisher of The VIEWER Newspaper, and coasting home to victory in his aspiration to represent Ganye constituency at the Adamawa State House of Assembly in 2011, until he was spotted like a golden fish and elevated as running mate to Engineer Markus Gundiri, Adamawa ACN governorship candidate at the 2011 general elections.

Since his election into the House of Representatives in 2015, Namdas, who is arguably the most vibrant amongst the National Assembly members representing Adamawa state, is the face of APC in the state.

Among the underlying challenges behind the failure of the central zone to secure the keys to the Government House according to Professor Alkasum Abbah, are lack of unity, cohesion and religious sentiments.

Professor Abbah, a historian and member of the CZAI pinpointed that, the region lost in the past because of its failure to come as a united block.

He noted that the zone more than the other two has potentials in terms of population and human capital needed to lead the state and call on the stakeholders to go back to the drawing board and re-strategize for them to have a headway.

Not done yet, Mohammed Mayas further accused the central zone advocacy proponents of double standard, arguing that, it amounts to hypocrisy to ask Boss Mustapha and Babachir Lawal to lead the clamour for power shift to Adamawa central knowing that Boss Mustapha was rejected by the zone when he contested to lead the state.

“So I will say it is rather belittling to say they bring down Boss himself to come and do a seven local governments advocacy seeking for what the zone has not lacked. Had it been that the zone was denied the opportunity to produce a candidate, that is when I would have agreed with this move, but nobody has ever stopped anyone from the central zone. And like I told you, they already have seven people aspiring to be governor. If today one person is selected among them, trust me, tomorrow you will see them working at cross purposes.”

Lending their voices, the duo of mmediate past legal adviser of the All Progressives Congress (APC) in Adamawa, Barrister Pwamaddi Shagnah and immediate past organizing secretary, Ahmed Lawal, also called on those agitating for power shift to Adamawa central not to indulge in name dropping.

Barrister Shagnah Pwamaddi said, the inclusion of Mustapha and Babachir is not done in good faith adding that as national leaders of APC with network of friends and associates across the length and breadth of Nigeria, their role is to ensure all are carried along in the political process in line with accepted democratic norms.

According to him, “both Mustapha and Babachir are fathers to all the three senatorial districts, dropping their names in their absence in a meeting is not good for the party and, such action may reduce them to local politicians.

“What should happen in tandem with normal democratic setting is to allow every credible, qualified, sellable, electable, and resourceful candidates across the state, to favorably contest for the governorship of the state in a free, fair and transparent primaries of the party coming up soon.

“Does it mean APC should support anyone presented from the central zone, even when such person is not fit, capable, and sellable to win election? CZAI should holistically look at party interest on how a good candidate that will unseat the PDP at the 2023 elections will emerge.”

On his part, Ahmed Lawan, reiterated that, the focus of genuine and patriotic APC members should be how to produce a formidable governorship candidate without recourse to zone, religion, section, or ethnic leaning.

He called on APC stakeholders from the central zone to have a rethink on the fact that the position of SGF, in this dispensation has been under the grip of two illustrious politicians from the central zone and the other zones never raise objections because, it is all about Adamawa APC and the interest is for all people.

Lawan said, “the CZAI arm-twisting tactics will not work because, it negates the principles of internal democracy and suggest they are not good politicians but self-centered.

“The central zone currently have office of the SGF, the Minister, all the federal appointments, aides and power brokers at the villa yet, it want to produce the governor. There is need for justice, for God sake.”