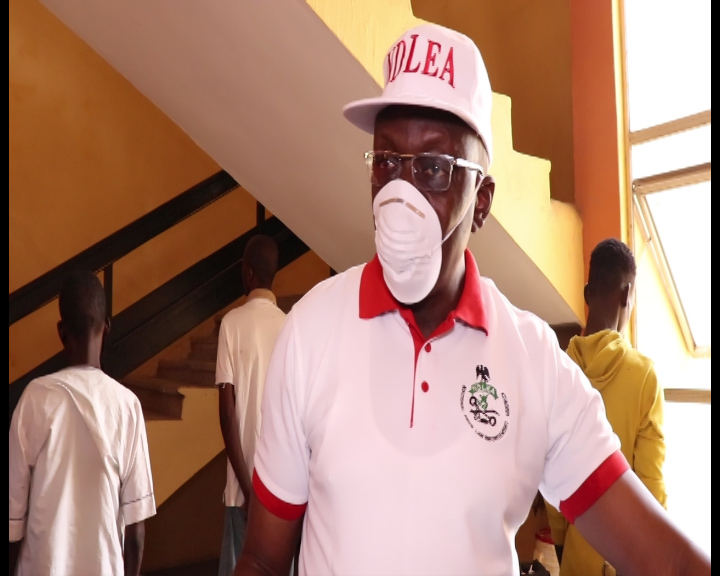 The National Drugs Law Enforcement Agency, NDLEA, Adamawa state command says it has arrested 166 suspects and seized 619.081kg of illicit drugs in different parts of the state from January to May.

State commandant of the agency Idris Moahmmed Bello made this known while parading some suspects and seized drugs to newsmen at the command’s headquarters in Yola, Adamawa state.

Bello said the command have adopted a systematic approach in tackling the drugs challenges in the state. He said “we started by sanitizing the abattoir and we are making efforts to sanitize other places. The next place we visited was the Jambutu motor park. All the things you’re seeing here were seized at the Jambutu motor park. We’ve been making pockets of arrest at the entrance of the park, but we were just taking our time to know where the drugs are been kept. On the 14th of May we arrested one Abba Aliyu Bello was arrested at the park with 220kg or cannabis sativa and other illicit drugs.”

Bello said he had a meeting with the chairman of the Jambutu motor park to map out strategies on what they will do to reduce or eliminate how people enter the park with illicit drugs. He said the motor parks should be free and people should go in freely without any fear.

He opined that drugs abuse is one of the major drivers of crimes and criminality in the state, hence their continues fight against the scourge.

“You see all these boys called the Shila boys that have been disturbing the state, we all know that when they take drugs that is what give them the power to do whatever they do. And that is why we are not going to relent we are going to ensure that whatever we are going to do we will ensure that Adamawa state is free of drugs, ” he said.

Apart from the ones 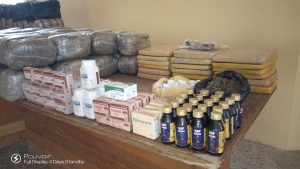 He expressed appreciation to His Excellency, Ahmadu Umaru Fintiri for supporting the agency in it’s efforts to make the state free from drugs abuse. “I want to really thank his Excellency the governor for his unflinching support to the agency. He has been supporting us well and that is why we have been able to do all these arrests.”

While thanking the citizens for their continues support to the agency, commandant Bello urge them not to relent in giving the command useful information on drugs peddlers and users in their localities. “We also thank the citizens of the state for their support and the intelligence we are getting from them. Without them we will not go anywhere. We are still pleading with them to give us their support and relevant information on drugs dealers in the state for us to do this work effectively, ” he said.