Adegboyega Adeniyi, Gusau Members of the All Progressive Congress in Zamfara state turned out in their large numbers yesterday, Saturday,… 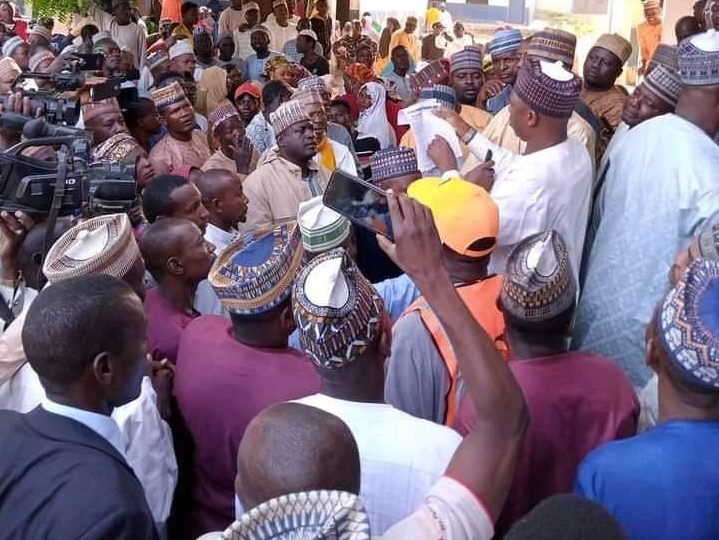 Members of the All Progressive Congress in Zamfara state turned out in their large numbers yesterday, Saturday, to elect ward leaders throughout the state one hundred and forty seven wards across the state.

“We are in the state to organize the congress based on our party’s constitution. I am calling on all members to respect the party and join the congress.”

Masari also warned that, the party would not recognize any pararrel elections apart from the one he was sent to supervise.

At Galadima and Kayyaye/Matusgi wards under Talata Mafara local governments, the APC ward congress was conducted smoothly, without rancour.

Our correspondent who observe proceedings at the two wards, reports that party members turned out in their large numbers to participate in the elective ward congress.

After much horse trading, executive members to pilot the affairs of the party in the two wards emerged through consensus.

Honourable Dahiru admonished the newly elected party leaders to be transparent and carry party members in running the affairs of the party.

A source however, hinted that former Senator Kabiru Marafa, conducted a parallel congress but, efforts to speak with his spokesperson, Alhaji Bello Bakyaauwa, was not successful up to the time of going to press, as calls put across to him did not go through.