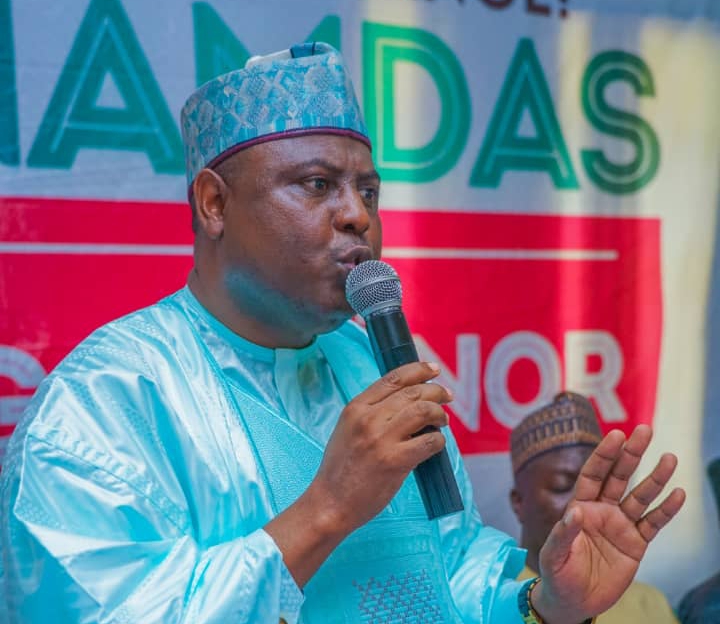 The gubernatorial ambition of Abdulrazak Namdas has got a boost yesterday as women and elders of the party promised to commence house-to- house mobilization to bolster his chances ahead of the 2023 gubernatorial polls.

During separate meetings with elders and women of the All Progressives Congress (APC) drawn from the 21 local governments of the state which took place in Yola, the stakeholders promised to embark on a house-to-house mobilization of the electorates to ensure the success of Namdas in both the primary and general elections. 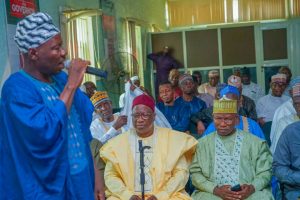 While pouring encomiums on the gubernatorial hopeful, all the stakeholders were unanimous and upbeat that Namdas has the pedigree, integrity, experience, exposure and the exuberance needed to hold the office and deliver the goods effectively.

In his remark, an elder of the party and former member representing Toungo/Ganye/Jada/Mayo Belwa federal constituency, Ahmed Wangubi said Namdas stands tall among the many people aspiring to lead the state through unparalled record of service and distinguished career.

He said he has no option order than to support Namdas as he is the only aspirant who has what it takes to bail the state out of the woods. 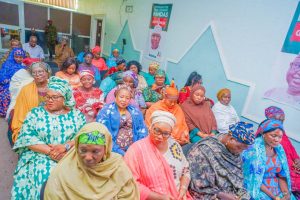 Wangubi urged all the stakeholders to go to every nook and cranny of the state to sell Namdas noting that electing Namdas is the only sure way the state will be rescued from the clutches of bad governance.

Also speaking, a chieftain of the party, Ahmed Lawal who is the immediate past organizing secretary of APC in Adamawa said for long he has been waiting for this moment.

“I have for long predicted that a day like this will come when Namdas will aspire to lead the state. I have once told him that he is the only man who can rescue the state and urged him to vie for the governorship position.

“I will give you 100 percent support no matter the pressure and the hardship. We will remain behind you and we will go to every nook and cranny in the state to sell your good ideals,” he said. 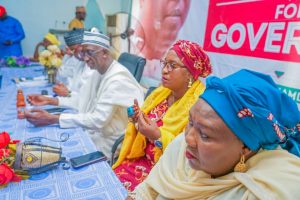 Also a former chairman of APC in Adamawa South, Yusuf Bwangal was upbeat that electing Namdas will be the best thing that will happen to the state.

He said Namdas is reliable, energetic and trustworthy adding that in their quest to look for the best for the state, they have settled to support Namdas wholeheartedly.

Also speaking, the representative of Yola North and Yola South people, Salihu Baba Ahmed said among the array of those aspiring to lead the state, none has the unique qualities of Namdas.

“You possessed many advantages against your competitors age wise and experience wise.

” You have the competence, acceptability and you are also electable. These three qualities stand you out of the array of the contestants. We are going to give you an overwhelming support in the interest of our state and generation yet unborn,” Baba Ahmed said.

Also speaking, Abdurrahman Shuaibu, a former reps member representing Maiha, Mubi north and Mubi south who is also the campaign coordinator of Namdas said a vote for his candidate is a vote for unprecedented progress and development.

He said apart from his experience and wherewithal to run the state effectively, Namdas has the political will to turn around the fortunes of the state and will take it to the next level if given the chance.

Shuaibu said out of those aspiring to lead the state, Namdas is the one with the most grassroot appeal noting that his past experiences have prepared him to understand the nuances and rudiments of leading Adamawa State adding that, if given the opportunity he will take it to the promised land.

Also commenting, Halima Hayatu, a former commissioner in the state urged women to give their unflinching support for Namdas adding that a vote for him, is a vote for the progress of the women folk.

She noted that as the coordinator of women in the campaign directorate, she has carefully chosen hard working and reliable women who will assist in going into every nook and cranny of the state to sell the ambition of Namdas.

Hayatu told Namdas that with the caliber of women in tow, and with the assurances they gave her, the ambition of Namdas has already been sealed and delivered.

The stakeholders from the 21 local governments of the state who took turns to extoll the good virtues of Namdas pledged to work assiduously to ensure that he did not only emerge as the APC gubernatorial torchbearer but will also work to instal him as the next governor of the state adding that Namdas has really paid his dues and should be rewarded adequately.

In his separate remarks to the stakeholders, Hon. Abdurrazak Namdas said in his quest to govern the state, he visited no fewer than 70 percent of the APC stakeholders.

“I have visited about 70 percent of APC stakeholders in Adamawa, Abuja and even Lagos. No aspirant has consulted so widely like I have done and the coast is now clear for me to go into the contest,” he said.

Namdas who waxed spiritual noted that his aspiration was inspired by the need to salvage Adamawa State from the doldrums believing that only God determines who becomes what.

“God has done wonders for me in the past and I solely believe in him to do it again. When I contested to represent my constituency at the national assembly, I have no single delegate in my kitty. If I had contested against a chicken I could have lost the election. But God in his infinite mercies cleared the coast for me.

“I believe in the efficacy and powers of God in man’s affairs. So forget about those who feel they have ephemeral powers and can forcefully twist the process.

” With people like you and God by my side, we can’t be afraid of any power monger no matter his connection because God gives power to whom he so deemed fit,” Namdas said.

He noted that if elected as governor, his major focus will be in addressing ravaging social insecurity bedevilling Adamawa State as he said, noting can be achieved in a state ravaged by insecurity.

He also promised to give education utmost priority adding that he will also work in tandem with the traditional rulers being the custodian of our cultures, who understand the challenges of the grass root people.

Namdas noted that he is fully prepared to take the onerous challenges of the office of the governor of Adamawa State adding that in due course he will avail the people with his campaign manifesto.