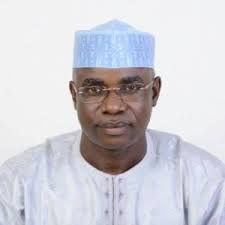 A long standing friend of Ahmadu Umaru Fintiri, the executive Governor Adamawa State, Hon. Adamu Kamale said the leadership style of the governor encouraged him to return to the PDP.

Kamale who recently dumped the All Progressives Congress after losing elections in 2019, said he is thankful to all those who stood by him.

The former Lawmaker that had represented the people of Michika/Madagali at the House of Representatives was welcomed amidst Cheers at the Government House banquet hall in presence of the Governor, Party Officials who celebrated his return and welcome him to join the team that is on motion to take the state where it’s suppose to be.

Adamu in his Facebook official page took time to appreciate leaders of the PDP, his loyalists and political allies for the warm welcome and promised to work as a team to help the party fulfil its campaign promises.

I wholeheartedly appreciate all those who have made the occasion of my return to PDP on 29th March 2020 a success. My Special appreciation to the Governor of Adamawa State, Rt Hon Ahmadu Umaru Fintri on who’s vision and style of leadership l was encouraged to return back to my party.