Gunmen who robbed players of Adamawa united football club and whisked away with the team’s driver, Alhaji Kabiru are demanding… 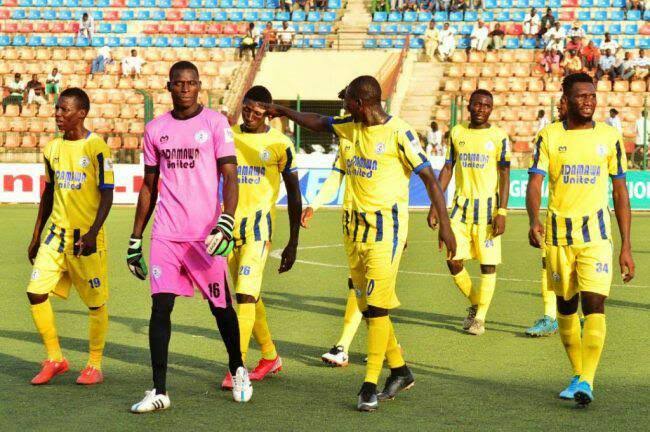 Gunmen who robbed players of Adamawa united football club and whisked away with the team’s driver, Alhaji Kabiru are demanding N50m ransom.

Vice-chairman of the Yola-based side, Abdullahi Abdulkadir confirmed this to Newsline Saturday morning.

Abdulkadir said the abductors contacted him via a phone call around 6 am Saturday and demanded the sum of fifty million naira as ransom.

“It is true that our team was attacked on Friday night. Their phones and feeding money have all been taken away by the gunmen. They called me this morning and demanded the sum of fifty million naira as a ransom before they will release Alhaji Kabiru, the driver that was abducted,” Abdulkadir said.

Players and officials of the team were robbed at gunpoint around Benin- Ore expressway last night at about 11.45 pm on their way for their week 11 NPFL fixture against MFM Fc in Lagos.

The team’s vice chairman said he has contacted the state commissioner for youths and sports, the permanent secretary, and chairman House of Assembly committee on sports.

“I’ve seen put calls across to the commissioner and informed them of the development. We are waiting for a response from them and see how we can secure the release of Kabiru,” Abdulladir further explained.

Another member of the coaching crew, Ngati Bilham who informed Newsline of the sad event via a messenger chat said he couldn’t travel with the team because there was not enough money for all of them to travel.

Adamawa United has severally been in the news recently for not too good reasons. First is the team’s dismal performance at the ongoing Nigerian Professional Football League due to poor funding and management.

Just last week, a player of the club fainted during a league match because of poor feeding and it was gathered that there was no doctor at hand to treat him when though he survived.

As it stands, the team is still stranded as they await the response of the Adamawa state government and the release of their driver.