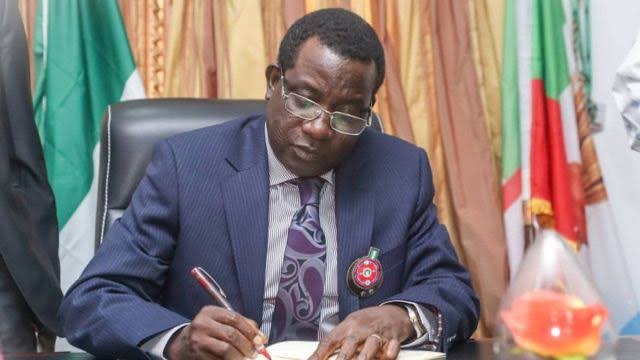 Director of Press and Public Affairs to the governor, Makut Simon Macham in a statement signed and made available to newsmen on wednesday, said While signing the bills into law, Governor Lalong said the new Funds Management Law for the Judiciary and Legislature will guide the implementation of the recently granted autonomy for the two arms of Government particularly in terms of financial management.

According to Governor Lalong, the laws will guide the Judiciary and Legislature on the implementation of autonomy with regards to funds disbursement, approvals and expenditure in line with extant financial regulations.

“These laws will further strengthen the two institutions by ensuring that funds are judiciously applied to the various needs of the Judiciary and Legislature. It will also assist the two arms to work within the framework of the MOU for the autonomy which was arrived at after thorough engagement between the three arms”.

On the new Property and Land Use Charge and the Plateau Geographic Information Services (PLAGIS) laws, Governor Lalong said they are significant in improving land administration in the State as well as boosting revenue generation.

He said “as we sign the law on autonomy, there is greater demand for resources which must be sourced locally. One of the things that will give us financial freedom as a State is for people to pay charges on their properties which hitherto have not been collected. That way, we can  get resources to develop the State and provide services. This law will also enable us to enumerate all properties as well as name streets and number houses across the State”.

The Governor said the new laws are not meant to burden the citizens but to enable each property owner contribute to the development of the State. He said the PLAGIS law will make land administration more secure, flexible and reliable as well as ensure that all land data is captured, transformed and maintained in electronic format.

Attorney General and Commissioner for Justice Barr. Chrysanthus Ahmadu said the 4 laws are crucial for the good governance and economic development of the State particularly as they border on revenue generation and land management.

He said with the new Property and Land Charge Law, all owners of developed landed properties whether with titles, building plan approvals or not, will be required to comply with all stipulated charges. While failure will attract sanctions, compliance will attract incentives

Ahmadu said the law harmonizes the collection of all land charges including tenement rates that Local Governments are empowered to enforce. This he said is captured in the new collection and sharing arrangement between the State and Local Governments which was done in line with the provisions of the Constitution that empowers such arrangement. He assured that all tenement rates will be centrally collected and shared in line with the formula agreed upon.

He also said the issues of delay, missing files, corruption and other leakages wil be blocked once the implementation of the new PLAGIS law commences.

The PLAGIS law provides for a Director General,  Company Secretary and other supporting staff who will manage the agency.

The Governor thereafter presided over the State Revenue Council Meeting.