Nigeria’s ambassador to Portugal, Ambassador Alex Kefas has presented his Letters of Credence to President Marcelo Rebelo de Sousa of the… 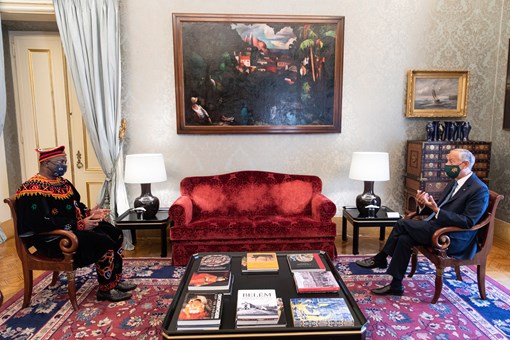 Nigeria’s ambassador to Portugal, Ambassador Alex Kefas has presented his Letters of Credence to President Marcelo Rebelo de Sousa of the Republic of Portugal, Tuesday.

Ambassador Alex conveyed the greetings of President Muhammadu Buhari and highlighted his achievements since assumption of office in 2015 which include diversification of the Economy, Fighting corruption and improvement of Security,  as well as massive infrastructural development across the country.

While congratulating the Portuguese company, Mota Ingil for winning the contract award for the construction of Kano-Maradi railway,  the Nigerian Envoy called for the establishment of a Joint Commission which will serve as the major umbrella of all aspects of bilateral relations.

Kefas commended the Portuguese government especially its Navy for attending a yearly Nigerian Naval military exercise and for hosting Nigerian Naval ships for stop-overs in Portugal.

He also called on the government of President Marcelo Rebelo de Sousa to expand the defence cooperation to include training of the Nigerian military and other security agencies to tackle the rising security challenges,  as well as collaborating with Nigeria in fighting pirates in the Gulf of Guinea.

Ambassador Kefas used his meeting with President de Sousa to highlight investment opportunities that abound in Nigeria, calling on the Portuguese investors to take advantage of the numerous business opportunities in Nigeria.

Kefas further informed the Portuguese President about the recent discovery of 206 trillion metric tons of gas in Nigeria,  noting that Portugal is one of the major importers of Nigeria’s gas, he therefore called on the  government of Portugal to double its gas importation from Nigeria.