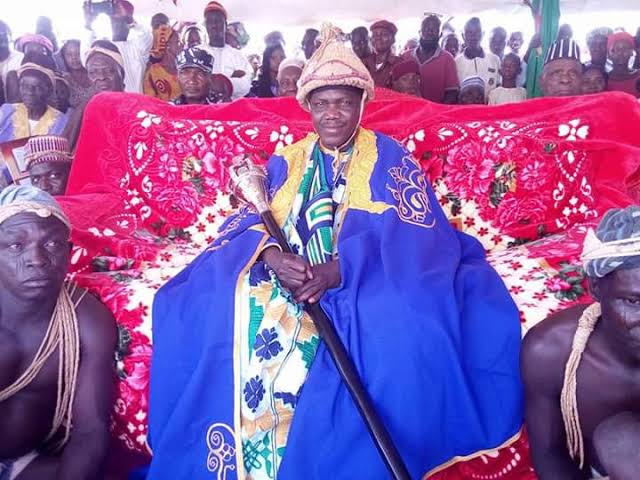 A High Court sitting in Yola had Friday dismissed a suit seeking to dethrone the ruler of the Lunguda Kingdom of Guyuk local government in Adamawa state, HRH Kwandi Nunguraya, Dishon Dansanda II.

The court presided  over by the state Chief Judge, Justice Nathan Musa, has dismissed a suit for lacking in substance.

In his judgement that lasted over two hours, Justice Nathan, said “the court has carefully evaluated the evidence of the 2 plaintiffs’ witnesses who testified in court and that of the 4 defendants’ witnesses, and stated that the plaintiffs witnesses’ evidence failed  to prove that there was no election or selection of the new king.”

Justice Nathan,  therefore, dismissed the suit for lack of evidence.

Not satisfied with the process that led the appointment of the ruler, Baba Gashemuru G. Amalai and 7 others of Bongkumbebe ruling clan dragged Kuruhaye of Bonsibe ruling clan and 6 others to court.

The plaintiffs sought for the declaration that no election or selection was held which saw to the emergence of the present Kwandi Nunguraya, Kuruhaye Dishon Dansanda.

According to them, the exercise was faulty on ground that there was no exchange of traditional stone between the 2 ruling clans before the election, and how Hon. Wulbina Jackson, Commissioner of Education assisted a blind man who happened to be among the 8 kingmakers to vote.

Equally, they urged the court to restrain Governor Ahmadu Umaru Fintiri from presenting Staff of Office to Kwandi Nunguraya, and that if already presented, it shall be retrieved.

According to them, no selection or election was lawfully held either on 22nd or 29th August, 2019, at the Presidential Lodge in Guyuk Local Government Area.

Reacting on the judgement, Counsel to 3, 4, 5 and 6 defendants, Barrister Jerry Owe and Counsel to 7 defendant,  Barrister J Akpanamasi and  Barrister Sule .J. Abul, counsel to the plaintiffs appreciated the court.

Before the proceedings commerced, the entire High Court complex was cordoled by heavily armed policemen.