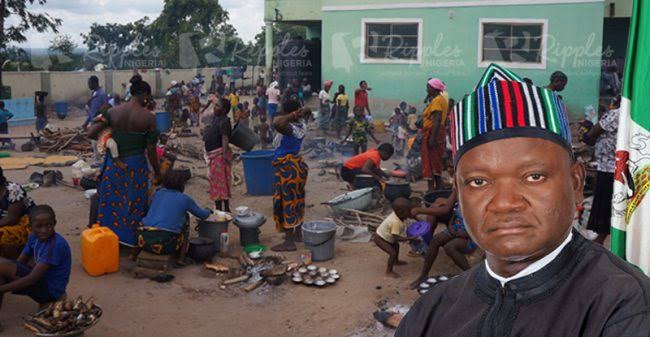 The Benue state Elders Forum has commended the United Kingdom ( UK) for paying sympathy visit to the state to get a first hand information on the genocide the Fulani herdsmen carried out in the state.

The spokesman of the forum Dr. Tyowua Yaapera,who address journalists today in Makurdi, said that the visit is not only historical but that it has proven that the president Muhammadu Buhari’s administration has no human face and that he is running the country on religious lines.

He said that the federal government has donated N7 billion naira to internally Displaced Persons (IDPs) returnnees in Borno state ,but could not send food stuffs to the 1.6 million IDPs in Benue state camps.

Yaapera stated that the visit by the United Kingdom Head of Governance and Security, British High Commission, Sam Waldock, has placed UK as a country that attached great important to humanity.

He said that the Benue state Elders Forum feel relief that a world leader indentify with the suffering Benue state people and that he believed very soon UK will come to the aid of the state.

The Forum spokesman urged all the Youths of Middle belt to unite against those that are conniving with satanic agents to killed the people of the region.

” Very soon those Judases will regret, they will relocate out of the region because they cannot withstand the shame they will go through. There will be hiding place for them and their families,” he said.

He commenced the resilience of the Meddle belt Youths for standing toll and fearless to defend their ancestral homes against jihadists invasion.