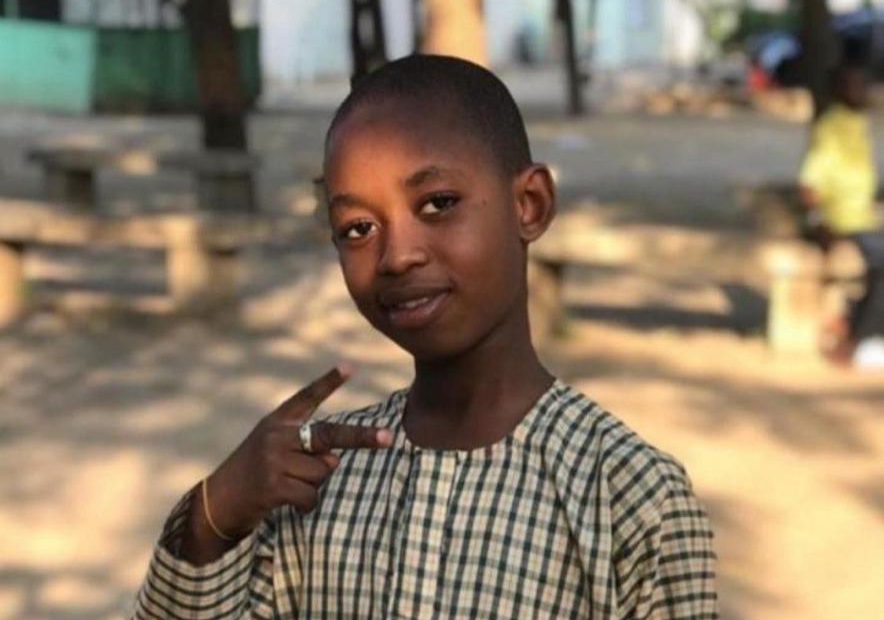 A sixteen year old boarding student of Elkanemi College of Islamic Theology Maiduguri is being held by the Police CID over attempted murder of a younger student.

The survivor, an eleven year boy, Jubril Sadi Mato, is a JSS 1 student who had his throat slit open in the hostel by the older student who is an SS 2 student at about 10 pm on Saturday night.

The perpetrator has since been handed over to the police, according to the school authority.

Jubril is currently battling for his life at the University of Maiduguri Teaching Hospital, a surgery has been successfully conducted on him.

His parents who live in Yobe state said they had received a disturbing call on Sunday morning from the school authority requesting them to come over.

“Though in critical condition, but he is breathing normally, I thank God that he is still breathing. The person who did this thing to him must be a serious criminal. This is a heinous crime to get hold of a small boy like this and slit his throat it’s terrible. The CID came and they met me here and I am sure they are on top of it.” His guardian stated.

The principal of the Junior Session of the school, Kashim Ibrahim Abdullahi narrates the events of that night to journalists who visited the hospital.

“This incidence happened in the night and was after the prep time and I was in my house in the quarters of the Elkanemi College when the students ran to me and said somebody is bleeding terribly so I picked my car and rushed the boy to the state specialist hospital where the doctor referred us to the trauma center here in the University of Maiduguri Teaching Hospital. The child has been given a befitting treatment and an operation before he was brought to the Intensive Care Unit.” Abdullahi explains.

Family sources say Jubril’s vocal cavity was affected by the injury but he has been able to scribble a narration of what happened on the night he was assaulted.

Students who found Jubril bleeding and crawling from the back of the hostel say while wriggling in pain he kept saying “Ahmed you want to kill me? Ahmed you have killed me?” before he slid into unconsciousness.

“As at the time that I was alerted nobody can tell what happened until after the investigations are concluded; but we handed over the culprit to the police and the police also did their own work and they found out from the culprit that he used a razor blade to slit the neck of the child.” The principal reveals.

Going forward, the school authority discountenances allegations of shrouding the act in secrecy to set the perpetrator free.

“We are going to stand to see that justice is given; we are not going to support anybody that will do this heinous act. We are a school of Islamic Theology this is not what we are preaching but you know when you are dealing with human beings, some human beings are vicious you may not know. This is something that is hidden but thank God we have seen this and we are going to take drastic measures.”

The hostel masters in charge of the rooms that the boys were have been fired, but still in the school’s custody to aid investigations.