…Says you told me your attacks on my personality meant to appease your boss only …No its not true, I… 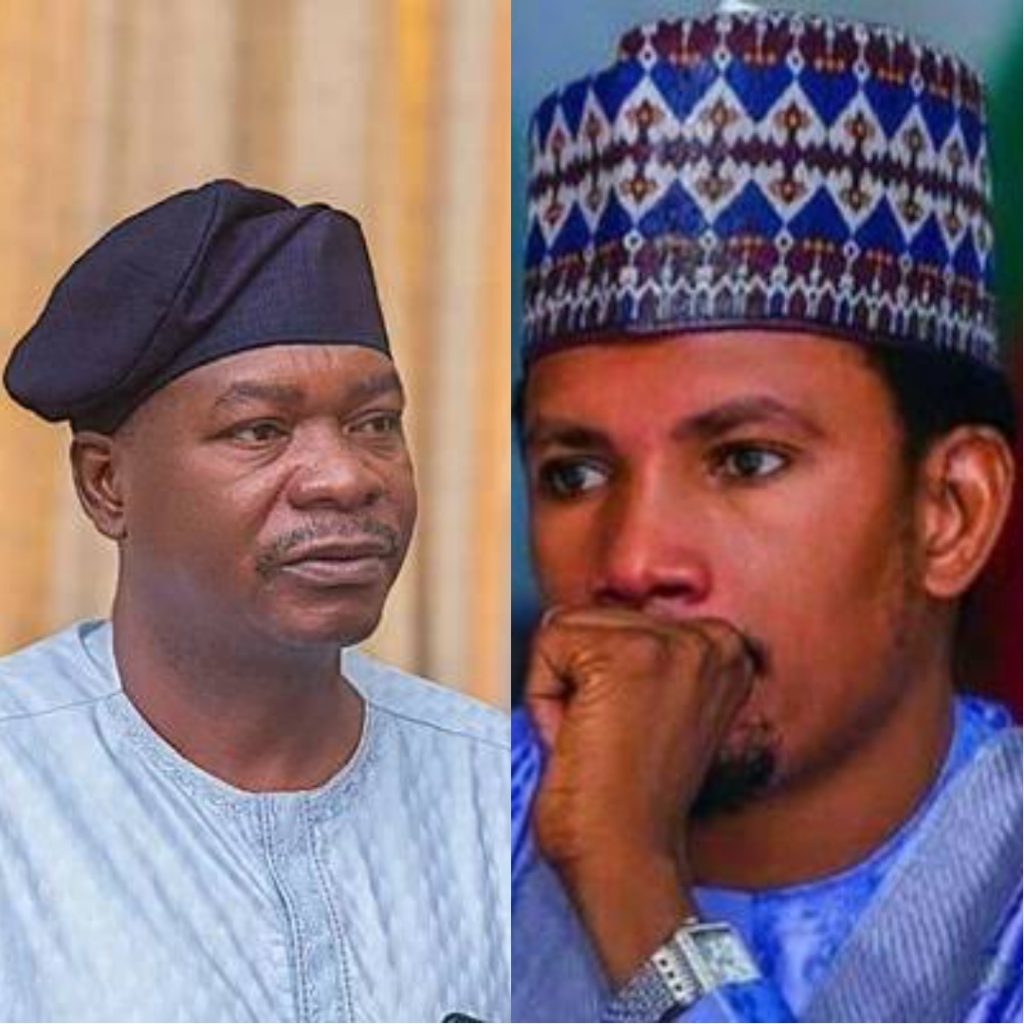 …No its not true, I can defend my boss with my blood, Kumangar says

The senator representing Adamawa north senatorial zone, Sen Ishaku Abbo has aimed another dig at the Director General Media and Communications to governor Ahmadu Umaru Fintiri, Solomon Kumangar saying that the governor’s aide once told him that he was attacking him to justify his daily bread and to appease the governor, who is the senator’s sworn enemy.

In a rabid Facebook post, the senator who came down heavily on both Kumangar and governor Fintiri described himself as a saint for challenging the despotic and kleptomaniac tendencies of the governor.

“My beloved brother Kumangar Solomon said he has nothing personal against me, that he is doing it to make the Governor happy.

“Last week, I changed my name from Senator Ishaku Abbo ( SIA) to Saint Ishaku Abbo ( SIA). That is because of those that supposed to speak out when Gov. Fintiri started exhibiting despotic tendencies choose to remain quite or crossed the red line to fight me openly for standing up to a power drunk kleptocrat.

“Those that choose that ignominious role cut across all class of people and profession. From businessmen to politicians to religious leaders more especially from my own faith the Christendom and indeed the least of data children ( Ala Desmond Elliot).

“All manner of campaigns of Calumny was sponsored against me and against my immediate and extended family that even my late mother was not left out of the all out smear campaign. As a matter of fact, a particular online paper was recruited to constantly run a smear campaign against me including criminal defamations which are carefully compiled and I swear at the right time he will answer for his crimes. By and large, I am never bothered nor broken down because I knew I am fighting a just cause. I am a strong willed man.

“Today those that either refused to speak out against the autocratic kleptomaniac exhibitions of the one term Gov has found their voices.

“In the last few weeks, the only PDP Senator in Adamawa state known to be a gentleman went out of his ways during a church service to speak out against the injustice in his party and praised me for being brave from day one.

“A week later the member house of Reps from the southern LGA of Guyuk and Shelleng threw tantrums at the Gov. I heard that some “pikins” are mobilizing to recall him from the house of reps. We are waiting for them to start the process of recall so that we will disgrace them and teach them some political lessons.

“One of those who were on the opposing side is a passionate man, a detribalized NIgerian who turned his Facebook wall to PDP/Fintiri signboard. During my struggle to emancipate the people of Adamawa state from political idiocracy, he was one of those that took pleasure in washing me clean with soso da sabulu. He employed boys to insult me all in a bid to defend the Gov. His name is Abdulrahman Maina Yaji ( Muttawalin Michika).

“Muttawali a very sincere man called me few days ago to apologize to me for standing up against the truth for two years. He confirmed that I AM A SAINT and he is sorry for blindly attacking me. Of course I forgive him. I believe the strong man from Michika Muttawali was blinded by his love for Fintiri that he couldn’t see the truth but now he can see.

“Praise the Lord, Muttawali is free.

“I want to salute his courage for taking the path of honour by resigning from PDP and distancing himself from the grand deceit. May Muttawali live long,” Abbo noted.

Kumangar hits backs says, “I am ready to defend Fintiri with my blood.”

But in a terse riposte, Kumangar, vowed to resist any move to undermine the administration of Governor Fintiri by Ishaku Abbo or any other person.

He said as a true loyalists of governor Fintiri, he will defend his master from ravenous hawks with the last drop of his blood.

“I’m ready to defend Governor Fintiri with my last blood as being in opposition does not suggest Ishaku Abbo should be hauling insults on the Governor. This fellow is not the only person in oppostion in Adamawa why is he so obessed with throwing tantrums at the Governor? politically and age wise, Abbo is in elementary school compared to Fintiri’s credentials l in poltics.”

“We, therefore, warn those seeking an undeserved political advantage to desist. As the head of the Governor’s media directorate I am conscious of my obligations as well as rights and will discharge and defend same without reservations.”

“If there is anyone that should be in jail when it comes to character assassination, it should be Abbo.

“Ishaku Abbo today took to his Facebook page claiming that I Kumangar has apologised to him in a statement I the DG media believe is libellous and equivalent to lies from the pit of hell.

“Abbo, in a veil reference to The Finder Newspaper, also alleged that “an online medium has been recruited to constantly run a smear campaign against me including criminal defamation which are carefully compiled and I swear at the right time he will answer for his crimes”.