Renowned Islamic scholar, Sheik Ahmad Gumi, has condemned the Federal Government over its threat to sanction media outlets for their… 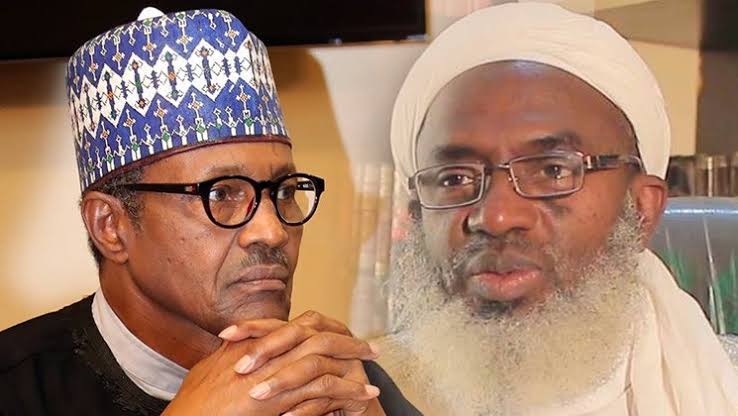 Renowned Islamic scholar, Sheik Ahmad Gumi, has condemned the Federal Government over its threat to sanction media outlets for their coverage of the lingering insecurity in the country.

On Thursday, Minister of Information and Culture, Lai Mohammed, said Trust TV and the BBC would be sanctioned over documentaries on banditry.

But in his reaction, the respected scholar said the government is attempting to blackmail media houses to cover its failure and divert public scrutiny into high-level corruption in military spending and budgetary allocations.

He commended local and international media organizations who have been bold to report the magnitude of the insecurity in the region.

“What is happening in Nigeria today especially in the North West as clearly captured by the BBC is more of an ethnic war and reprisal killings and attacks due to the government’s failure to address well-documented instances of injustices that were initially done to the Fulanis,” he said in his weekly lecture.

“What do you expect from a society (Fulani) that were left in total ignorance and lack of education especially when their primary means of livelihood (cattle) has been completely rustled by other criminal elements within and outside our security agencies without any effort by the government to address the injustice?

“As I talk to you now cattle rustling has not stopped. Many law-abiding Fulanis have fallen victim to the official extortion of their cows. I have well-documented evidence involving some security agents in that I intervened. How do you expect as a government to address insecurity especially related to Fulani bandits without addressing such instances of extortion and rustling?”

Gumi said the frightening development now is that the Boko Haram terrorists have infiltrated the Fulani bandits and that the bandits are gradually being indoctrinated into their (Boko Haram) religious belief and mission.

He advised the government that instead of trying to find a scapegoat in the media or using instruments of authority to silence or blackmail the media Buhari should hold his security Chiefs accountable and responsible.

“When a Commander-in-Chief rewards failure with Ambassadorial appointments in a system and a society that records increased attacks, when security agencies cannot even protect Abuja and especially when the Guards Brigade cannot even protect themselves not to talk of the President then why to blame the media for such failure and ineptitude for reporting it?” he asked.

Gumi urged the media not to be intimidated or succumb to official blackmail and to always make the government accountable especially given the failure to protect lives and properties despite the billions at their disposal.