Governors of the Northeast region of Nigeria have identified the increasing cases of rape, kidnapping, insurgency and youth unemployment as… 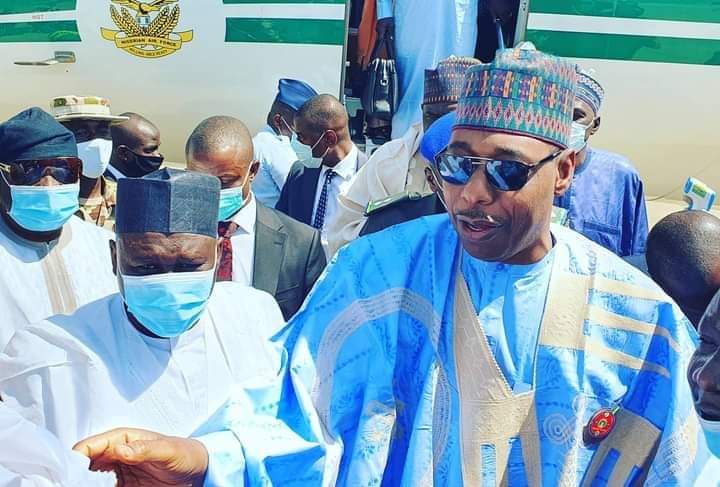 Governors of the Northeast region of Nigeria have identified the increasing cases of rape, kidnapping, insurgency and youth unemployment as some of the major challenges facing the region.

Borno state governor, Professor Babagana Zulum who is the chairman of the forum made this known while delivering his opening remark at the 3rd meeting of the forum on Thursday at the government House, Yola, Adamawa state.

Governor Zulum said some of the most alarming and worrisome challenges confronting the region remains the daunting issue of insecurity, which has been causing excruciating loss of lives and property in the sub region.

“The most devastating security challenge is the seemingly uneding Boko Haram phenomenon, which has a destructive effect on the socio-economic lives of our people and which has inevitably displaced hundreds of thousands of people from across the North East, but most significantly in Borno state, which is the epicentre of the insurgency.” Zulum said.

The chairman also herpes on the need for the federal government to allow state governments prosecute suspected terrorists in their states.

He said “at the moment, the process is a bit cumbersome as all suspects charged with terrorism and terrorist related offences have to be transfered to Abuja for prosecution , as only the Attorney-General of the federation has the statutory powers to prosecute terrorists; according to the provisions of the antiterrorism law.”

He said one of the burning issues bedevilling the region are the emergent of criminal activities like banditry and kidnapping, the twin scourge assuming a worrisome dimension in the North East, as it is becoming rampant and widespread. This he said has caused inter state road travel to become virtually impossible for the people because of the palpable danger of abduction along most of the major roads.

On the almajir issue, governor Zulum called for an total overhaul of the system to tackle its increasing effect on the overall socio-economic development of the society.

“Unless the Almajiri system is completely overhauled along the lines of its ordinal objectives, we may end up having to deal with an army of perhaps untrainable youths who inadvertently become vulnerable to the influence of social misfits like kidnappers and bandits,” he said.

Governors who attended the meeting are the governors of Adamawa, Bauchi, Borno, Gombe and the deputy governor of Taraba state.

The forum is expected to produce a communiqué at the end of the meeting.