Ahmed Lawan, a chieftain of the All Progressives Congress and former organizing secretary of the party in Adamawa state has… 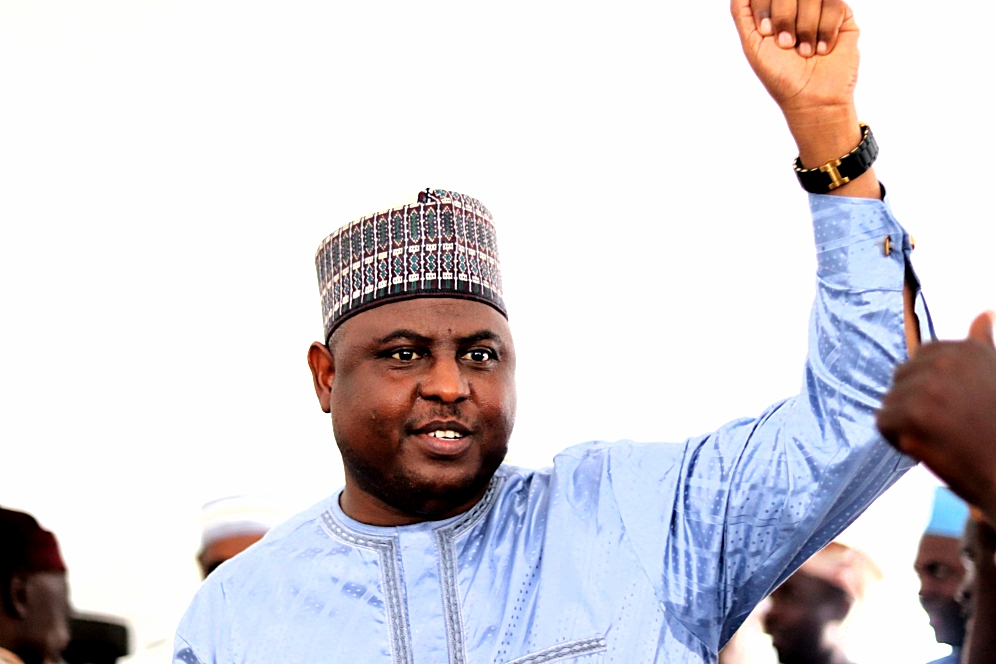 Ahmed Lawan, a chieftain of the All Progressives Congress and former organizing secretary of the party in Adamawa state has called on the party to give the governorship ticket to Bon. Abdulrazak Namdas has since declared his invention for the position.

Lawan said that will further solidify the party and consolidate its reconciliation efforts as it prepares for the 2023 general elections.

He said, “the party can only play a good sense of inclusion when party stakeholders tour the path of fair play, Justice, and equity by giving Rt Hon Abdulrazaq Sa’ad Namdas the gubernatorial sole ticket of the party come 2023.”

“Alhaji Ibrahim Bilal is the Adamawa State APC Chairman and the election of Jason Baba Kwaghe from the zone as a Youth North East national vice-chairman from the Northern zone made them automatic NEC members.

“The duo who are from Michika Local Government Area of the state are no doubt a strong voice in the National politics of the party,” he added.

Making a passionate call for the party to carry everyone along, Lawan worried that the emergence of Comrade Mustapha Salihu as the North East vice chairman of the party from Adamawa central is a good reason for APC in the state to give a sole gubernatorial ticket to Namdas.

He revealed that both Salihu, Jason, and Bilal are NEC members from Northern, Central respectively but with no party Man from the Southern zone that is a member of NEC is a germane call for concern.

“If at all the APC is a party for all members, Namdas is the right person to be given a sole gubernatorial ticket without primaries for the Southern zone to leave an NEC member of the party.” Lawan Said

The APC former state’s organizing Secretary and contested the National Organizing Secretary of the party but shielded his interest over consensus arrangements party critical stakeholders advocated for said if the APC cannot tour this path they will no doubt lose the nine local government areas from the southern zone.

Lawan in an interview granted to this medium while on a consultation tour for Namdas in the Southern Senatorial District called on all party men to rally around the National lawmaker who is working, and has what it takes to transform Adamawa State.

“This is the only option our party has to win the 2023 governorship election, when fair play and justice for all party members is ensured, success is certainly ours, else it is going to lose- the game for all party men.

” Let’s Namdas be given automatic ticket this will consolidate victory, unity, and sense of inclusion for all party loyalists and no one will be feeling a sense of neglect or rejection,” Lawan stressed