Lafiya Dole: Adeniyi out, Yahaya in

The Nigerian Army has approved the redeployment of its senior officers, including the Theatre Commander Operation Lafiya Dole, Major General… 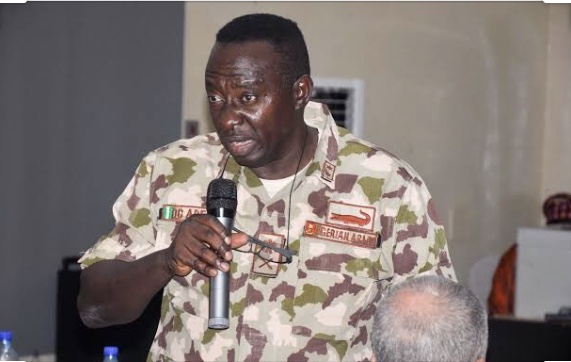 The Nigerian Army has approved the redeployment of its senior officers, including the Theatre Commander Operation Lafiya Dole, Major General Olusegun Adeniyi. is

Of The Director Army Public Relations, Colonel Sagir Musa said this in a statement on Tuesday.
Major General Farouk Yahaya Of the Headquarters 1 Division Kaduna replaces Adeniyi as the new Theatre Commander Operation Lafiya Dole while Adeniyi would head to NARC as senior research fellow.

According to the statement,the Chief of Army Staff Lt. Gen Tukur Buratai approved the postings as “a routine/normal exercise intended to reinvigorate the system for greater professional effectiveness and efficiency”.

The shake up is sequel to the surfacing of an operational video in the social media of Adeniyi decrying the firepower of the insurgents which had inflicted heavy casualty on troops, a contradiction of the military’s claim that the terrorists have been degraded.
Military Sources say the video was meant to be a briefing for the defense headquarters but found it’s way to public spaces which may have led to Adeniyi’s removal.