Keshi Was My Junior in ACB FC – Coach Valere

Former Assistant coach to late Stephen Keshi, throughout his sojourn as national team coach in Togo, Mali and Nigeria, Benin… 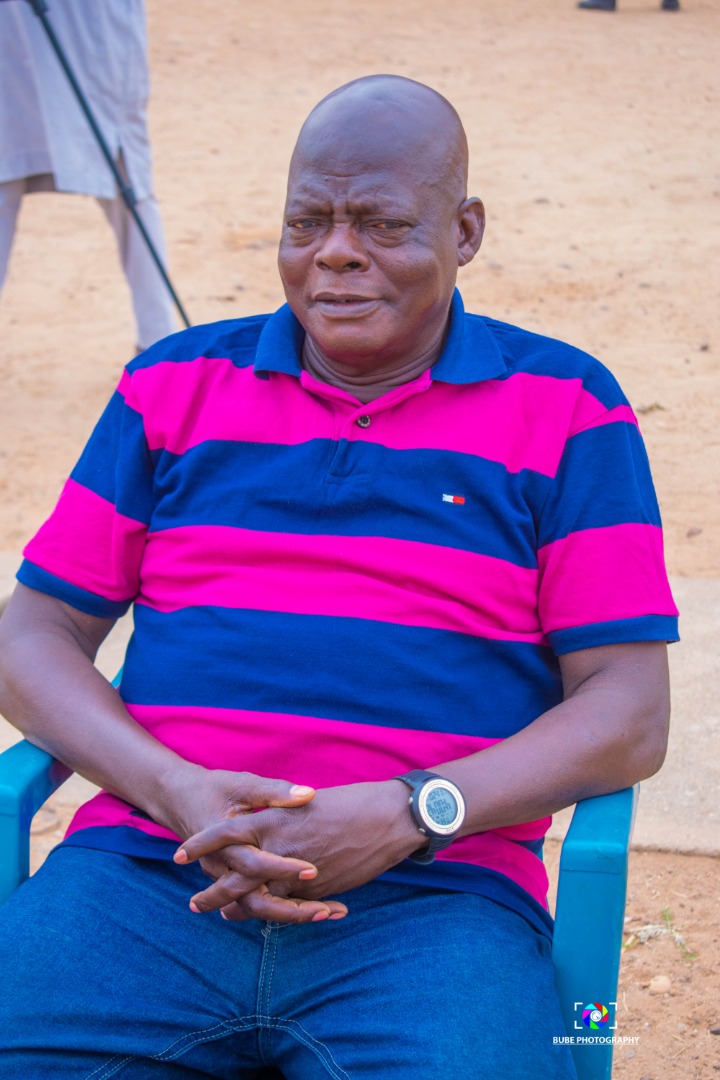 Former Assistant coach to late Stephen Keshi, throughout his sojourn as national team coach in Togo, Mali and Nigeria, Benin Republic-born Valere Houandinou, in this interview with ADENIYI OLUGBEMI, narrates how he encountered late Keshi, and their experiences working together.

Q. Your antecedent in football?

A. I played football in Nigeria for years and I made my mark at defunct ACB FC in Lagos, from 1975. I was the captain of ACB FC, from 1983 until I stopped active football in 1984. After I retired in 1984, I returned to the office because then, every footballer with the bank belongs to a department. I later oversee the welfare of the club. I have left active football and already an official of the club before the likes of Henry Nwosu came in. Augustine Eguavoen, Ikponwosa Omoregie, Friday Elaho, came and blossom at ACB FC.

Q. How did you come into coaching?

A. My journey into coaching was not sudden because I have developed interest in coaching from my active days in the game. I started out as coach/player at the twilight of my career. After I finally disengaged from ACB FC, I returned back to Benin Republic and I started coaching Requiem FC in 1988, with acquired knowledge from my playing experience. I thereafter acquired coaching certificate up to the CAF Licence C, years back in Benin Republic.

Q. How did you encounter late Stephen Keshi, who you assisted as national team coach in Togo, Mali and Nigeria, or is it Keshi that encountered you?

A. Let me use this opportunity to set the record straight, in honour of late Stephen Keshi. A lot of people don’t know that I was actually his senior at ACB FC in Lagos. That was where we struck a strong bond when Keshi joined ACB in 1979, before he left for NNB of Benin, in 1980, and of course, his football sojourn into Cote d’Ivoire and later to Belgium remains the watershed of Nigerian players at home turning professional footballers. We reestablished contact, which we maintained throughout his professional active football career till his death. 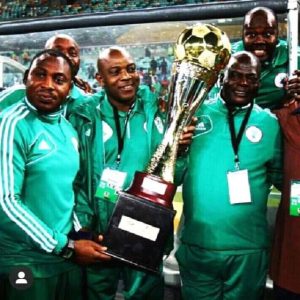 Our path in coaching crossed when he landed the Togo national team job. Before his arrival, I was already in Togo, handling a clubside in the northern side of the country. It was on an eventful evening, my phone just rang and when I inquired who was at the other end, the person put me in more suspense, calling me by my nickname, ‘Apankeje’ back then at ACB. I was surprised that anyone in Togo, could called me this name, until he told me he was the one. After exchanging pleasantries and banters, he broke the news that he has been appointed the coach in charge of the Togo national team.

Keshi thereafter invited me to come and work with him on his new job. Let me state here that, because of the good job I was doing with the clubside I was coaching, no one objected to the invitation extended to me by Keshi, to come and join him in the Togolese national team job. In all modesty, the results are there, everywhere we worked together. We recorded an impressive outing at Egypt 2006, African Cup of Nation. We qualified Togo for it historic appearance at the 2006 World Cup and left an appreciable footprint in Mali. Nigeria’s third victory at the 2013 African Cup of Nation with the injection of home based players in the Super Eagles, was an icing on our collaboration and efficient combination with nostalgia.

Q. With your pedigree, you out to be handling a team in the NPFL, why Sokoto United FC, campaigning in the NNL?

A. I know my worth and this is one of the reasons I am here with Sokoto United FC, and I am sure that my handwork will surely speak volume. I am not a coach that will go and beg for job or, who out of desperation, will disparaged a colleague, to take over his job. I have once coach a smaller team in Akwa Ibom, served as assistant coach to late Solomon Ogbeide, at Lobi Stars. When this Sokoto United FC offer came, I grabbed it with both hands to at least, prove a point.

Q. What are you out to prove with Sokoto United FC?

A. Well, with the support of all and sundry, I am trying to see how I can elevate the club into a position it has not been into and, we shall not derail from our aspiration. We are on it and, it is just that, out of my two years contract with the team, the Covid-19 pandemic that ravaged the world, took the greater part of the first year of the contract.

A. Hate or like Stephen Keshi, he was a product of the local league and he gave value to the local league. Our philosophy is to give every player opportunity to prove themselves. It is on record that Keshi gave opportunity to someone undergoing NYSC, to have a trial with the national team. Was Sunday Mbah, who scored Nigeria’s winning goal at , not a product of the local league? The Togolese national team at the Egypt 2006 Nations Cup and the 2006 World Cup, was dominated by domestic players from the local league. During our days in the Super Eagles, before the arrival of the invited foreign players to camp, it was my duty alongside Daniel Amokachi and Ike Shorunmu, to assemble and work on the domestic players but today, all these have been eroded.

Q. Keshi’s achievement with the Togolese senior national team is legendary, why was he paid with a bad coin?

A. Honestly, the people of Togo appreciate our efforts and the pedestal we put the national team but,as an insider, I saw what happened as part of our learning process in football administration in Africa. The problems of political ego and interference, dotted all our sphere of lives in Africa.

Keshi was a strict personality, who detest interference in his job and that was the major problem we had in Togo because, after qualifying the country for the world cup, issues started emanating and it was unfortunate that former President of Togo, Gnasinghe Eyadema, was not alive, because had it been the former President was alive, Keshi, would not have been sacked. The junior Eyadema, who was Togo Football Federation, capitalized on the demise of his father, and sacked Keshi-led technical crew.

Q. But, Keshi was alleged to have lost out in a battle of power play against some influential players in the Togo national team?

A. That is not true. Majority of the players like I said earlier, are discoveries of Keshi, from the domestic league and there is no way they could have paid stabbed Keshi on the back, with such ingratitude. I am an insider, and all I know was, there are personal problems between the Federation President, son of late President Eyadema and Keshi. Had it been the senior Eyadema was alive, the son wouldn’t have committed that costly mistake, that was widely condemned by the people of Togo.

Q. In football encounters between Nigeria and your home country, Benin Republic, where do you usually pitch your tent?

A. You put it succinctly right. Benin Republic is my home country but, I feel more at home in Nigeria. My active football career was in Nigeria, I am married in Nigeria, my children are here in Nigeria. I have not only coach top clubsides in Nigeria than Benin Republic, I have been privileged to coach and win honour with Nigeria’s senior national team, the Super Eagles. So coming to your question, I always wish the better side win.