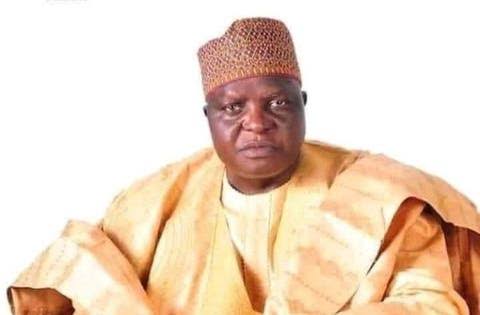 The Paramount Ruler of Bachama Kingdom, Homun Dr. Daniel Shagah Ismaila OON Kpawo Nomwe, Gilong’o Diya has continued to advocate the need for peaceful coexistence among the people of different ethnic groups and religions in Adamawa State and Nigeria as a whole

Dr. Shagah believes that there is no better time to renew commitment to refreshing relationships for enduring peace, prosperity and progress than now that the whole world looks up to peace virtues as panacea for any meaningful development.

Dr Daniel Ismaila Shagah who took time to recount efforts made by his Predecessor Homun Col. Honest Irmiya Stephen of blessed memories at building bridges with friends and foes alike so as to achieve peaceful coexistence says he would continue to be the peace Ambassador that he is himself.

He described the occasion of his Coronation as a time for deep introspection to reminiscent and ponder on the grace of God over the entire Bachama land.

Homun Shagah posited that although he is reigning at a difficult time when Peace has eluded his Communities owing to one ethnic battle after another, nevertheless, he hopes to get more directions from his creator to surmount the challenges.

The royal father who specifically drafted people from different ethnic groups and religions says Bachama people are accommodating and hopes that his inclusiveness will help in further bridging hatred gaps created by intolerance.

He charged the Committee members to be committed to his task of restoring peace and harmony to the Kingdom.

In his response, the Chairman of the main Committee and the Nzomuro kako Bachama, Chief Joel Madaki appreciated the Monarch for the trust bestowed on them and promised to deliver.

He called on other members of the Committee and those of the Sub Committees to pick up the challenge thrown on them by the Royal father by using the platform to better the Kingdom especially in the area of peace and progress.

Dr. Kaleson Sanu to serve as the Committee Secretary.

Recall that Homun Dr Daniel Ismaila Shagah resumed as the 29th Hama Bachama on the 17th of August 2020 having gone through the Bachama traditional rites of Coronation as conducted by the Jekye and Kabe Bachama ( Bachama King makers).