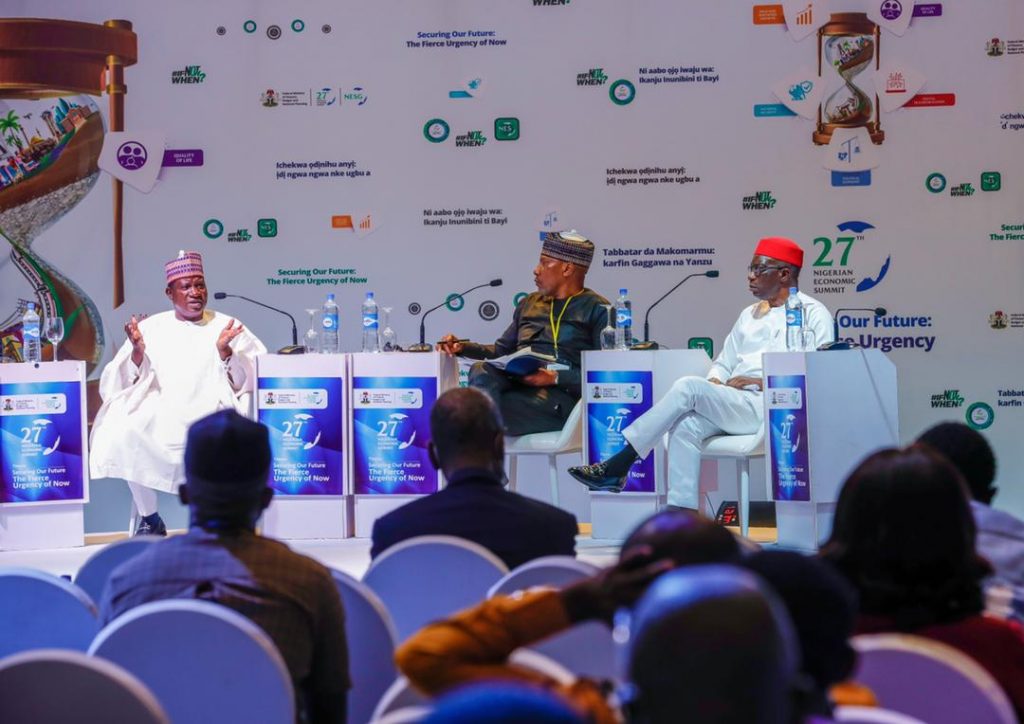 Governor Simon Bako has told the Nigerian Economic Summit Group that Plateau State remains a very suitable business and investment hub because the government has vigorously addressed some of the major security challenges by tackling their root causes.

Governor Lalong who spoke at a panel discussion on “Securing our Future: An Urgency for Now” at the Transcorp Hilton Abuja, said though the security challenges in Plateau State have not been completely eradicated, there is substantial peace which has been nurtured through the Peace Building Agency and the Inter-Religious Council in the last six years.

Lalong said most of the negative narratives about insecurity is exaggerated and also instigated by people from outside the State in collaboration with those within the State who want to make economic or political gains through violence.

He said the State has addressed major issues that border on religion, injustice and ethnicity which are usually the triggers or faultlines exploited during any misunderstanding by groups or individuals. This he said has been done through dialogue, consultation and collaboration where threats to security are addressed before they reach violent dimensions.

In addition, Governor Lalong said the State has faced headlong acts of criminality through support to security agencies with equipment and other logistics for better response to security demands. He said the Operation Rainbow has also stepped in to work with vigilante and other community watch groups deal with the situation which has greatly improved.

He also advocated for a review of the revenue sharing formula and State police which must accommodate adequate funding, checks and balances and a very strong mechanism against abuse. This he said will enable the States properly respond to security challenges as and when due.

The Governor cited the recently organised Local Government elections conducted peacefully in Plateau State as an example of the dividends of peace and security which is being consolidated upon.

Lalong advised other States to replicate the Peace Building Agency which has proven to be very useful in addressing conflicts because it is backed by law.