The Presidency has queried the Executive Chairman of the Federal Inland Revenue Service (FIRS), Mr. Babatunde Fowler, over shortfalls in… 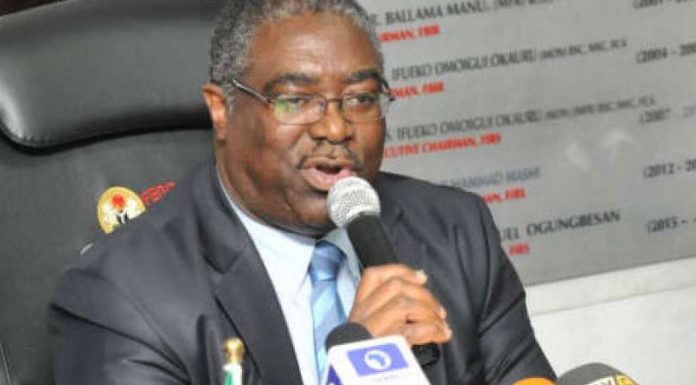 The Presidency has queried the Executive Chairman of the Federal Inland Revenue Service (FIRS), Mr. Babatunde Fowler, over shortfalls in revenue collection since the inception of the Muhammadu Buhari administration.

The presidency complained that there had been significant variances between the budgeted revenue collections and the actual collections from 2015 to 2018, THISDAY has learned.

Fowler was also directed to explain why actual revenue collections between 2015 and 2017 were significantly worse than what was collected between 2012 and 2014.

In a letter titled ‘Re: Budgeted FIRS Collections and Actual Collections,’ which was signed by the Chief of Staff to the President, Mallam Abba Kyari, and addressed to Fowler, the FIRS boss was directed to submit a comprehensive variance analysis, explaining the reasons for the variances in revenue collections during the period under review.

Efforts to get Fowler and Head, Communications and Servicom Department of FIRS, Mr. Wahab Gbadamosi, to shed more light on the matter were fruitless yesterday. The FIRS chief did not pick up his call when THISDAY called him last night neither did he reply the text message sent to him.

Calls to Gbadamosi’s telephone line did not connect and a message sent to him on the social media WhatsApp messenger had not been read as at press time. THISDAY, however, learned that Gbadamosi was in Saudi Arabia for this year’s pilgrimage.

FIRS had generated N3.74 trillion in 2015, out of its revenue target of N4.57 trillion.
Fowler had attributed the underperformance to a significant drop in oil taxes.

He had said FIRS was unable to meet its target of non-oil taxes, particularly in the area of VAT and Company Income Tax (CIT) collection.

For instance, the FIRS boss had said out of a target N1.48 trillion for Petroleum Profit Tax (PPT), the agency was able to generate N1.28 trillion, indicating a revenue performance of 86.87 percent.

For VAT, he said N767.33 billion was generated out of a revenue target of N1.28 trillion, representing 59.77 percent of the target.

In the area of CIT, Fowler said the service collected N1.29 trillion from the target of N1.51trillion, representing a revenue performance of 84.89 percent.

However, in 2018, it collected about N5.320 trillion, the highest in the country’s history.
But this figure still represents a deficit of N1.4 trillion against N6.7 trillion it had targeted for the year.

The N5.32 trillion collection recorded for 2018 had exceeded the previous highest ever figure of N5.07 trillion generated in 2012.

Fowler had attributed the latest revenue haul to the crude oil price, which had averaged about $70 per barrel.
In 2012, FIRS had collected N5.07 trillion, the then highest in history of the agency.