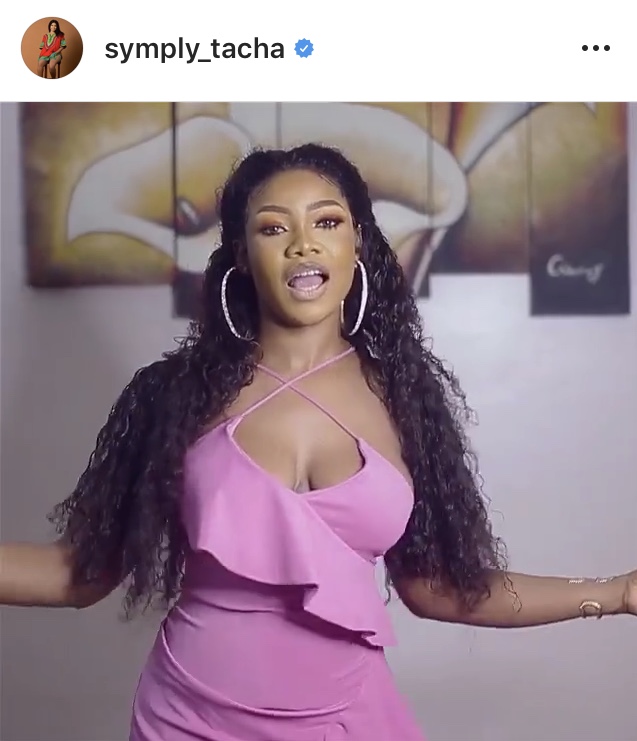 Disqualified Big Brother Naija House mate of the Pepper Dem edition, Tasha also known as Portharcourt first daughter has finally spoken out about her relationship with other housemates leading to her short lived stay.
Tacha, controversial and notorious in the house had earned herself two strikes in her numerous altercations with other housemates before her eventual disqualification after a fight with female finalist Mercy.
Her departure had generated a lot of stir and outrage from her teeming fans including celebrities, but in an early post on the grand finale Sunday Tacha takes responsibility for all her actions and owns the repercussions like a queen.
The 23-year-old said in a post on her official Instagram page @simply-tacha “Bliss is one priceless state of mind I have always desired.This ideally comes with inner peace:the will to let go and let life take its course. The ability to let life lead and direct purpose to a climax regardless of the chaos and battles we may be experiencing. I did loose track of this in retrospect as I have had time to reflect on my dealings in the house. I am aware that I could have reacted better.”
Tacha went ahead to pen down sweet messages to the five finalists wishing them well and especially handing a fig leaf to Mercy whom she showered with encomiums saying “I wish you all the best in the finale and I hope we can kick back and hang out after the show.”
Her confession has got fans talking while earning the “no leave no transfer” crooner more fans with over 4,500 comments in less than thirty minutes after the post was put up.