APC And The Constant Wont For Imposition In Adamawa

“I fear abuse of power and the power to abuse. It was the won’t of the immortal gods sometimes to… 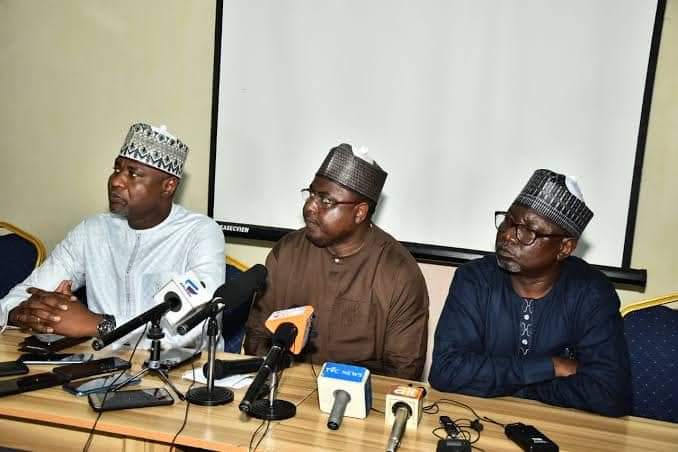 “I fear abuse of power and the power to abuse. It was the won’t of the immortal gods sometimes to grant prosperity and long impunity to men whose crimes they were minded to punish so that a complete reverse of fortune might make them suffer more bitterly.”
– Julius Caesar

In the course of agitations for the passage of the electoral bill recently, Nigerians became spectators to the ping-pong of the document between the legislature and the executive arm of government; the velocity of which was fuelled by the inordinate desire for self-preservation especially as it pertains to the 2023 election. After intense horse-trading, arm-twisting, and hoodwinking between the two arms of government, the bill was passed, giving way to an uneasy and ominous quietude that gave way to intra-party intrigues ahead of the primaries.

Immediately after the sale of nomination and expression of interest forms commenced, it was not difficult to see which party is attempting to circumvent the provisions of Section 84(9) (a) and (b) of the electoral bill which seeks to redefine the option of “consensus” in the selection process of a party’s candidate at the primaries:

Consensus Candidate (9)
(a) A political party that adopts a consensus candidate shall secure the written consent of all cleared aspirants for the position, indicating their voluntary withdrawal from the race and their endorsement of the consensus candidate;

(b) Where a political party is unable to secure the written consent of all cleared aspirants for a consensus candidate, it shall revert to the choice of direct or indirect primaries for the nomination of candidates for the aforesaid elective positions.

The last page on the Nomination form of the All Progressives Congress is a Withdrawal Letter which a candidate MUST fill out before submitting the form! It is akin to what a notoriously “clever” former president would do when appointing a minister; he or she must write and submit a letter of resignation, just in case!

This is a precursor to the magnitude of impunity that political demigods intend to unleash on the process when things do not seem to go their way. That seems to be the first serving that three of the APC governorship candidates in Adamawa have sniffed out and it informed their decision to call for a press conference a few days ago.

The candidates, Abdulrazak Namdas, Wafarninyi Theman, and Mustapha Madawaki who have spent an enormous amount of time, energy, capacity, and resources to express their readiness to fly their party’s flag in the 2023 governorship election, expressed their misgivings over attempts made to foist a “particular” candidate as the party’s flagbearer by either “arm-twisting” other aspirants using the consensus option or subverting the electoral process by replacing the delegates with their loyalists to rig the outcome in their favor.

Given the above scenario playing out in Adamawa, one is bound to ponder on a few questions that beg for answers:

– Are these political demigods interested in their party’s potential to give the incumbent a robust competition that can enable them to clinch the governorship seat eventually?
– Do these political demigods have the interest of their party men and women at heart?
– Do they learn lessons from their past political misadventures that led to costly concessions?
– Are they even well versed in the art of politics to think they can sell ice to an Eskimo just because time and chance have placed them in position?

Whether these questions are answered or dismissed as rhetorical, one thing is certain; with the exposure, conviction, and “weakness” of party people, the electoral umpires, the general electorate, and the karma that comes with abuse of power and the power to abuse, a complete reverse of fortune that will make them suffer more bitterly are inevitable if they persist in their odious mission of toying with history.

The signs are there for all to see; they will have a date with history if they respect the integrity of the process and allow for free, fair, and credible primary elections in Adamawa. Any interference borne out of selfish machinations and impunity is bound to boomerang in the long run which I’m sure is one strong prayer point of the Fintiri administration! Foist the wrong Candidate and Fintiri will cruise to victory at 10 am on election day!