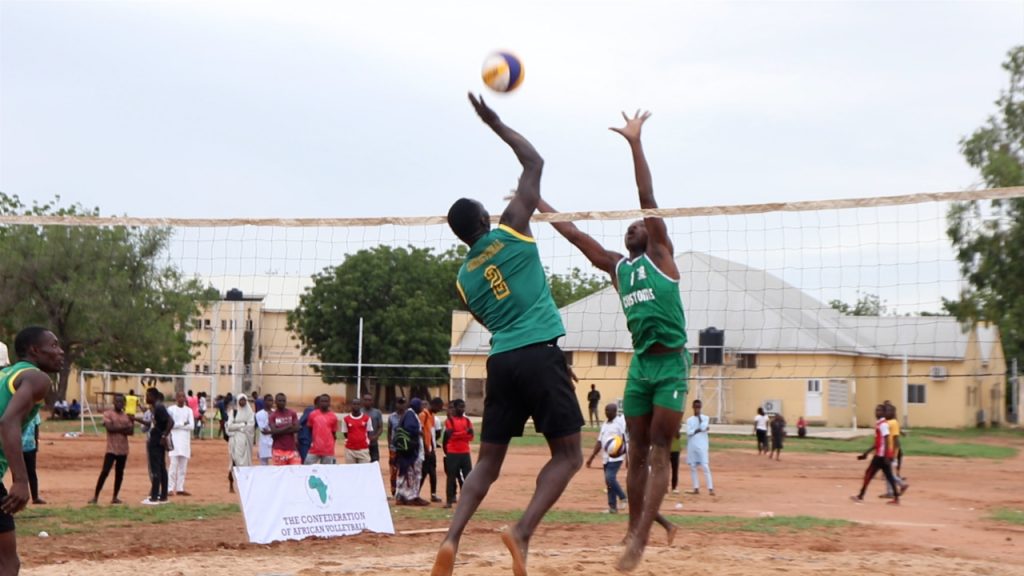 The Adamawa state Volleyball Association is hosting the maiden edition of the National Beach Volleyball Tour which kick-started on the 5th of July 2022 at the Adamawa State Polytechnic, Yola.

The championship has 23 teams comprising 17 male and 6 female teams from different states of the country. 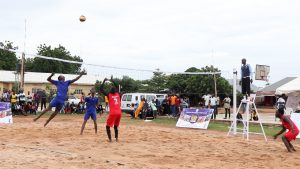 President of the Nigerian Volleyball Federation, Engr. Musa Nimrod who was represented by the chairman of the Adamawa State Volleyball Association, retired DCP Stephen Hasso commended Adamawa state for hosting the maiden championship. The President said that the championship is aimed at preparing players for both national and international championships as well as selecting those that will represent Nigerian at an upcoming championship in Morroco.
“It is a directive that we have to start a beach your in Nigeria and it will make us prepare against a coming championship in Morocco at the end of this month. So we are selecting players that will play for us in that championship. Immediately after this championship, they will go for camping to further prepare for the task ahead.

“We are having three rounds of this championship and this is a round one and the first in Nigeria. The first phase is here in the northeast, and the second phase is coming up in the South-south while the third phase will be played in the South-West region,” Nimrod said. 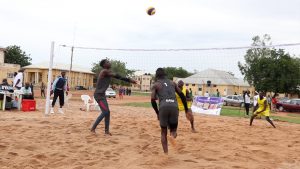 He commend the zeal of the teams and coaches participating in the championship considering the distance they had to cover from their various states to come to Yola to participate in the maiden edition of the championship.

The technical director of the Nigerian Volleyball Federation, Martin Melandri who commend Adamawa state for putting up an artificial and befitting beach court for the championship said the competition is aimed at keeping players fit as well as preparing them for future international championships.

“We’ve seen the sand, we’ve seen the court, we had our technical meeting and the games have started and we are happy that the two courts are here for us to play. We have 17 male teams and 6 female teams participating in this competition. This is the first of its kind in Nigeria and we expect to see that our beach players are in top form and maintain the high ranking we have in Africa. Our women were first in Africa but we have dropped to the third position. We want to jack it up to the first position and the only way we can do it is by keeping the beach players busy round the year so that they will be fit all the time and be in a competitive mode all the time,” Melandi said. He added that the competition is open which is why some national players are also taking part in the games. 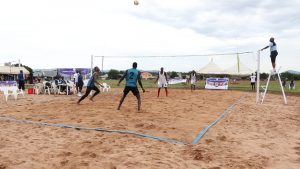 The director of the Adamawa state Spirits Council said she is optimistic that the championship will spur more youths to engage in sports and also pick interest in beach volley.

The champions are billed to last for three days.