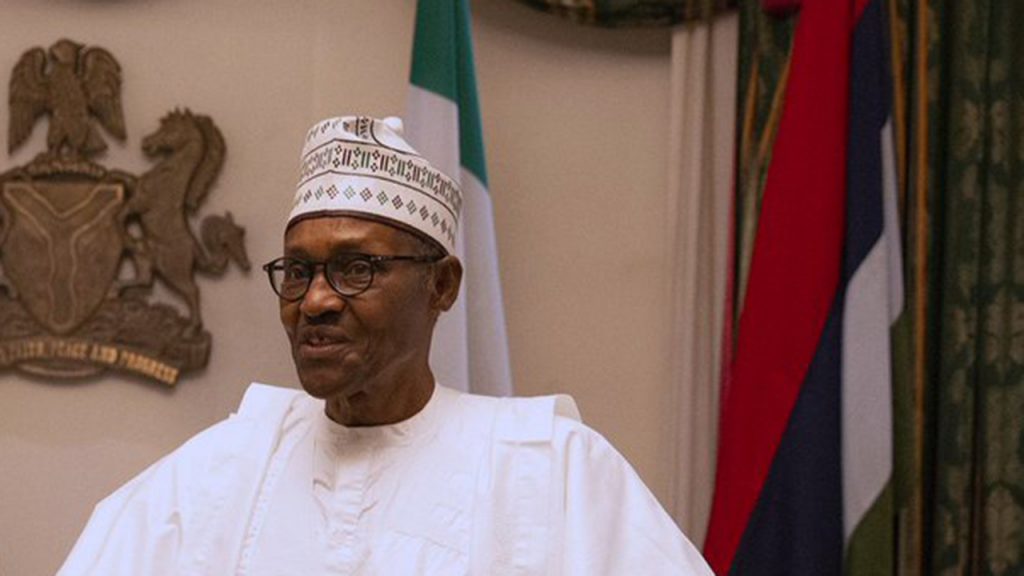 President Muhammadu Buhari and the APC have urged the Presidential Election Petitions Tribunal to dismiss the petition filed by the Peoples Democratic Party (PDP) and its Candidate Atiku Abubakar challenging the Feb.23 general election on technicalities and evidential grounds.

The prayers formed the gamut of other requests contained in both Buhari and APC final addresses to be adopted on Aug.23 made available to News Agency of Nigeria (NAN) on Sunday in Abuja.

The respondents had described Abubakar’s address that urged the tribunal to sack Buhari and affirm him (Abubakar) president, as a “wild goose chase prayer’’.

They alleged that PDP erroneously allowed a candidate who was not a Nigerian by birth to contest the highest position, adding that such was an adventure that violated the provision of the Constitution.

The president and his party, therefore, prayed the tribunal to invoke Section 131 (a) of the constitution to dismiss the petition.

NAN reports that section 131 (a) of the constitution strictly holds that a person must be a citizen of Nigeria by birth to qualify to contest the office of the president.

They noted that Atiku was born on Nov.25, 1946 in Jada, a former Adamawa Province of Northern Cameroon before a plebiscite was conducted in 1961 that now made the enclave part of Nigeria.

The parties, therefore, alleged that Abubakar was not qualified to enter the contest as the constitution forbade him from canvassing for votes to become a president.

“We pray that the tribunal will see this constitutional reason and go ahead to uphold the election of the second respondent (Buhari) forthwith’’, they prayed.

On evidence admitted from the petitions, the two respondents said they were empty as none had substantially proven series of the allegations made against the conduct of the election.

They explained that none of the 75 witnesses and 31, 287 exhibits which included 48 video clips had not proved any of the petitioners’ allegations.

They said the petitioners had tried to mislead the tribunal and public that results from the election were transmitted electronically to a central server managed by the Independent National Electoral Commission (INEC).

The respondents noted that it was public knowledge that the Feb.23 general election was conducted with the Electoral Act of 2010 as amended.

“Moreover, the laws in Nigeria do not recognize but actually prohibit transmission of results electronically.

“Sections 52 and 78 of the Electoral Act 2010 have categorically addressed the issue.

“The only means of transmitting election results under the law are through Forms EC8 series. Form EC8A conveys results from Polling Units.

“It is only through these approved forms that election results can be challenged or proven and not through the server, imaginary or real,’’ they submitted.

The parties, therefore, submitted that the petitioners’ allegation on the use of the server by INEC to transmit results was “criminal and misguided’’.

“Atiku Abubakar and the PDP have failed in their attempt to stridently prove their petition.

“The petitioners failed woefully to establish by credible evidence the existence of the imaginary server belonging to INEC,’’ they argued.

They argued that most of the witnesses presented by the petitioners attested to the fact that they signed all the Forms the contained the results of the election without coercion.

Buhari and APC, therefore, averred that such testimonies of truth from the petitioners’ witnesses further bestowed legitimacy on the outcome of the election.

On Buhari’s educational qualification, they said that the petitioners failed to adduce credible and reliable evidence to establish that he (Buhari) indeed forged his certificate.

“While it is appropriate to debunk such baseless, mendacious and spurious assertion, it suffices to bring to fore the unequivocal provision of the constitution.

“The constitution is clear on this as it states the requirement for a candidate to contest the presidential election and occupy the office of the president.

“Section 131(d) provided that a person shall be qualified for election into the office of the president if he or she has been educated up to at least School Certificate level or its equivalent.

“ More so, the consequence of submitting a forged document to INEC is grave.

“It, therefore, requires precise evidence and proof beyond a reasonable doubt, which the petitioners have not been able to establish,’’ the respondents said.

They listed others to include: City and Guide certificate or Education up to secondary school certificate level or Primary Six Scholl Leaving Certificate or its equivalent and Service in the public or private sector in the Federation in any capacity acceptable to INEC for a minimum of 10 years.

“It is apparent that from the pleadings and evidence adduced led by the petitioners; there is no scintilla or iota of evidence to prove that the president was at the time of the election not qualified.

“It is trite that how who asserts must prove, we have clearly seen that the petitioners had failed woefully in this matter.

“In the circumstance, we urge the tribunal to dismiss the petition on the grounds of both technicalities and evidential failure and to affirm the election of the president,’’ they submitted.

NAN reports that the president, who contested the election on the platform of the APC, was announced winner having scored a total of 15 million votes as against Abubakar’s 11,262,978 votes.