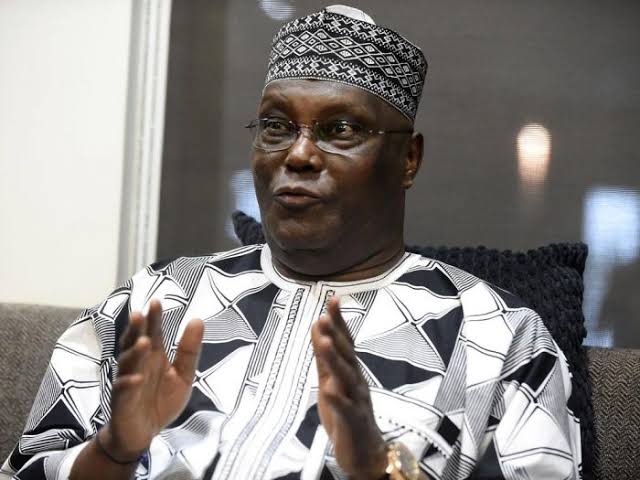 Obaseki had on his official Twitter handle Friday announced that he has joined the PDP to “advance” his ambition to seek reflection as the governor of Edo state.

Atiku, a former presidential candidate of the PDP in a reply to the tweet congratulates Obaseki for joining the party. “Congratulations, @GovernorObaseki on joining our party, @OfficialPDPNig—the truly people’s party. I am confident that the people of Edo State will be better for it. You are indeed coming aboard a repositioned PDP that promotes good governance for the benefit of Nigerians.” 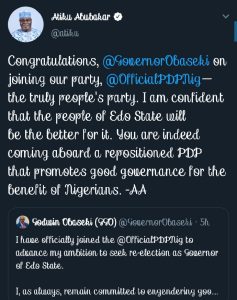 The Edo state government had recently dumped the All Progressives Congress (APC) after his disqualification by a verification committee ahead of the party’s governorship primary elections.